Hotel Note: If looking for a hotel on the Lower East Side, check out the very hip: Hotel Indigo.

“Classic Parisian bistro... Lucien delivers the kind of well executed french cooking for which one usually has to cross the Atlantic.” — Interview Magazine 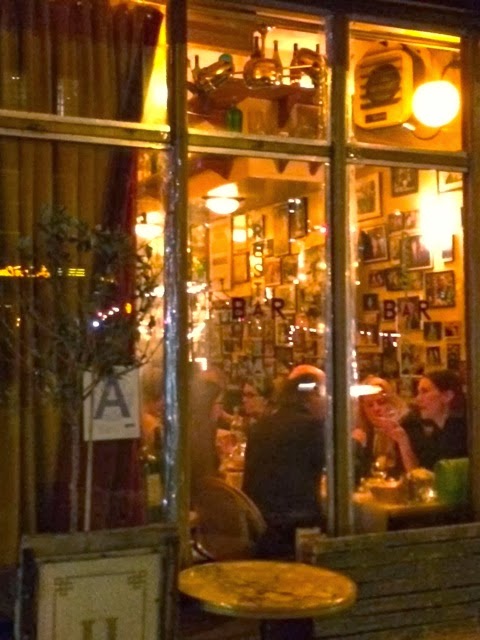 The Lower East Side in New York City is hip and happening. And although Interview magazine didn't need to cross the Atlantic to be transported to what feels like an authentic French bistro, this foodie had to travel quite a distance from the Upper West Side to reach it on a freezing cold Tuesday night in February. The hour journey with three subway trains was well worth the venture. Did I mention it being a Tuesday night? This charming and popular restaurant was packed with very happy campers!


Dizzy Note: Normally I would have passed on this type of environment with my vestibular and oscillopsia issues but I was meeting two dear friends, Jon and Sam, that I've known for years and sometimes I feel it's important to push myself out of my comfort zone. I really did feel like I was in another world - in a good way. I navigated carefully and the result = we all had a great time. And a martini (or two) did not hurt. 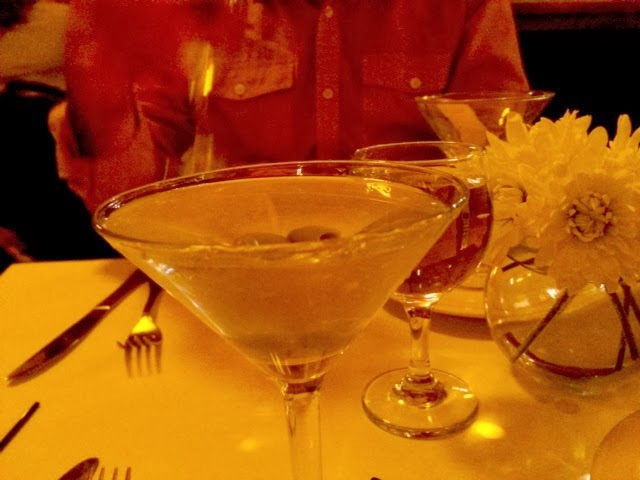 While Sam and I chose the Soupe de Poisson Traditionnelle, which is a Marseille-style fish soup with grilled bread, gruyére chesse, and rouille. Rouille is a creamy sauce made of olive oil, breadcrumbs, and chili peppers.


The soup may look plain but it was deceivingly delicious. So much depth and complexity of flavors. I could have had two more servings. 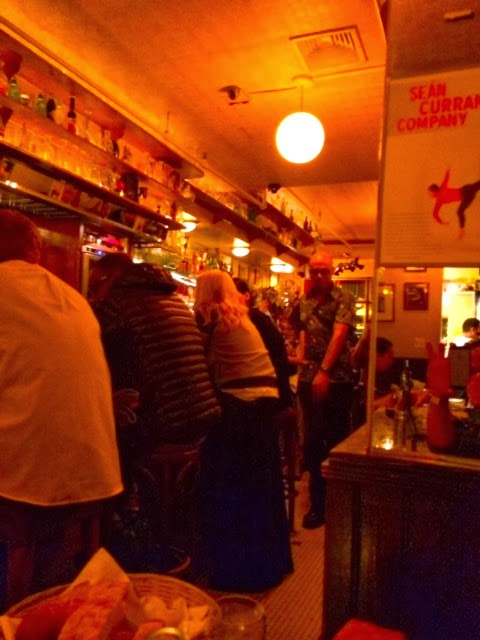 More people arrived and the volume of happy sounds increased. It's a tiny restaurant, like many in New York city.

For main courses Jon and I both had the Cassoulet Touloussain Traditionnelle. It was the perfect night for this tummy warming classic of creamy white beans, garlic sausage, lamb shank, and duck confit. I guess that qualifies it as a turf and turf and . . . air?


Neighboring tables ordered the Whole Lobster and Tomato Confit on a Bed of Pasta (which I almost stole) and the Pigeonneau Roti Hitchens - roasted squab with wild mushroom risotto and foie gras jus. It looked amazing but I'm a New Yorker and as unadventurous as this may sound, I'm not going to eat a pigeon. Not even a French one. 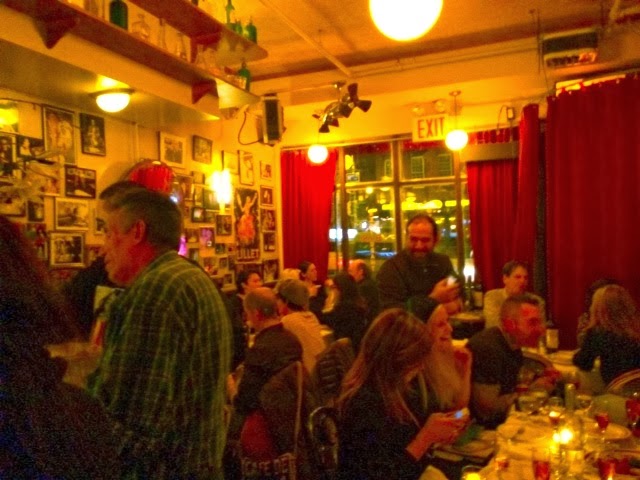 I laugh so hard when I'm with Sam and Jon but with more people filling up the restaurant we passed on dessert and headed back out into the brisk winter's night. 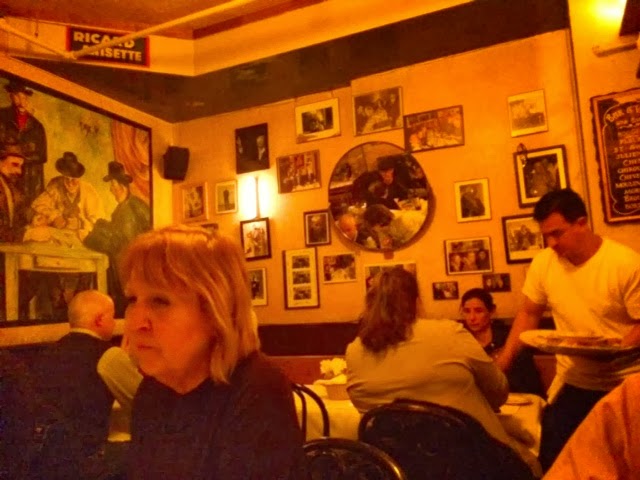 Slipping by, actually squeezing by our neighbor's table I asked this friendly woman if she would prefer my front or back side. She shouted, "Back please!" So I slid through and she patted me on my behind. C'est la vie!

Once outside I decided we must take a selfie in front of Lucien when a stranger walked by and asked if we'd like him to take our picture. Now I'm a very trusting person but my first thought was, is he going to run off with my phone?

Happily he didn't and he took our picture. Which was photobombed by a friend who was with him. 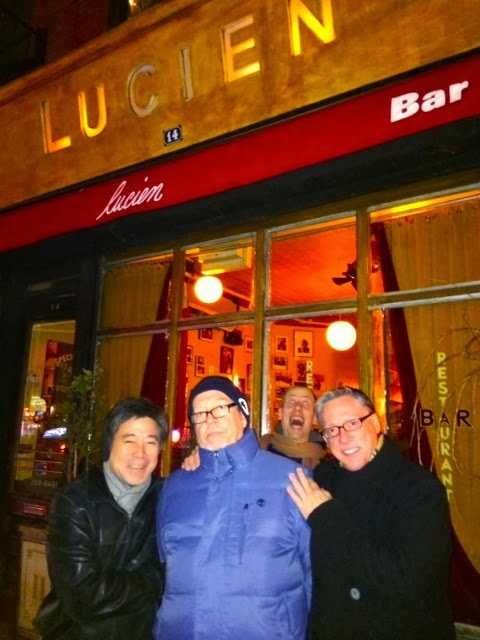 I don't think I have to point out which one of us is the bomber. Hysterical!