Located in the historic center of Florence is The Cathedral of Santa Maria del Fiore. 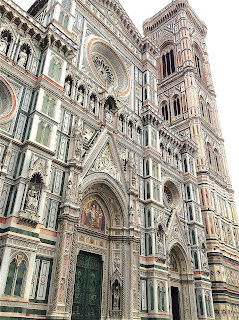 The first church to occupy this footprint was the Episcopal Church of Florence in 394. Eventually the Cathedral of Santa Maria del Fiore was constructed in 1416. And to this day it is still one of the most awe-inspiring designs you'll see in in the world. It's massive! 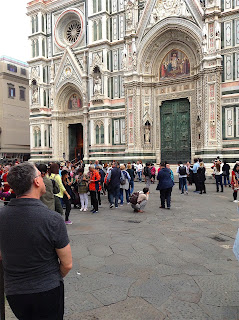 And Filippo Brunelleschi, one of the founding fathers of the Renaissance, was the architect for the Cathedral's amazing dome. As you can see, there are people up on the very top. You can climb a steep and narrow staircase, if you want to experience the amazing view. 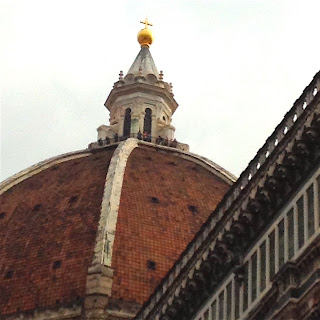 Inside and looking up to the dome, is Vasari's fresco, which was begun in 1568 and completed by Federico Zuccari in 1579. 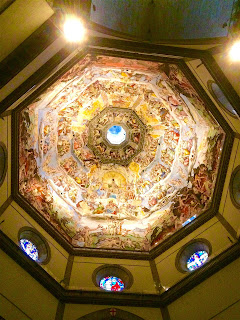 And here is the octagonal Baptistry of Saint John.


There's also the Crypt to visit inside the Cathedral, which has been transformed disappointingly into their gift shop. The entire complex sits in the middle of the Piazza del Duomo, a very lively and crowded square bordered by scores of restaurants, caffes and souvenir shops. I could spend pages on the history of these structures and the brilliant artists who created them in this UNESCO World Heritage site - but let's move on. 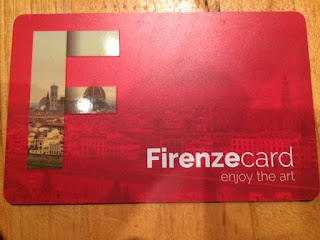 NOTE: Regarding visiting museums...My travel partner, Bud, and I opted for the Firenzecard. Purchased in the Palazzo Vecchio located in the Piazza Signoria, the card offers entrance into 72 different museums around town for 72 euros during a 72 hour period of time. This was truly worth it. Of course we didn't hit 72 museums but it did allow us to skip the long lines, for example at the Uffizi Gallery.

As sometimes happens, exhibits are temporarily closed. I specifically was hoping to see Botticelli's works, The Birth of Venus . . .


and his Allegory of Spring La Primavera . . .


. . . but alas, his room was closed. Like other large museums, pick and choose what you are interested in. It's overwhelming to try to see everything. Time for a quick lunch. We discovered a restaurant one street over from the Piazza della Repubblica that drew us in, La Posto - Via dei Lamberti 20. Surprisingly, they don't have a website but if visiting please try to visit it. I wanted to go back but there were so many more places to discover. It's charming, off the beaten path and the outdoor seating is quiet and romantic.


I was already exhausted from site-seeing and feeling a bit jet-lagged. But this lunch totally revived my spirits and energy! As an appetizer we ordered their burrato buffalo e bruschetta. 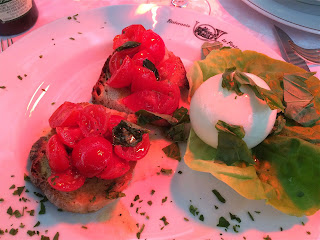 Oh. My. God. I've had this simple dish so many times in different cities and restaurants and even at home BUT this was hands down, the best. The crostini was such a flavorful toasted Tuscan bread topped with cherry tomatoes. There was obviously olive oil but I think it was the salt that made the dish sing. It made my eyes roll back into my head! The buffalo mozzarella exploded luxuriously and of course the basil.  I almost ordered it a second time instead of having an entree, that's how awesome it was. 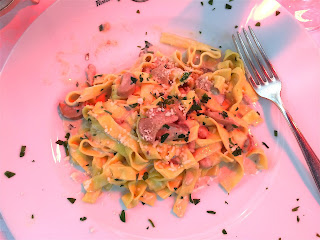 But I did order a terrific fresh taglierini with Parmesan, prosciutto, and sausage and Bud, had a wonderfully light risotto with asparagus. 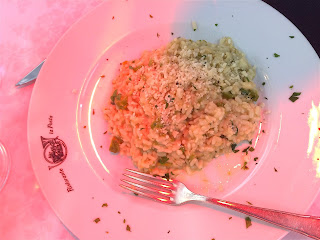 Stomachs full, we marched our way back over the Ponte Vecchio . . . 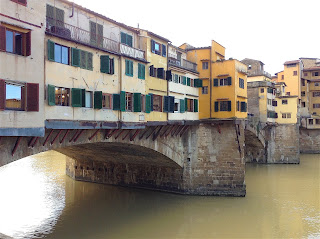 . . . and it was a short walk over to the Palazzo Pitti, also known as the Pitti Palace. 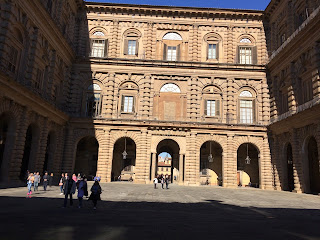 On the outside it's not the prettiest palace in the kingdom but inside it's quite astounding. Again, our Firenzecard give us quick admission passing any lines of people. Like the Uffizi, this museum is gargantuan, so choose the rooms you decide to view wisely. Amongst the former living quarters of the Medici family is a treasure  house of priceless paintings, jewelry, furniture and statues.

Just a couple of remarkable pieces of artwork are Raphael's Madonna and child - two versions! I was surprised that these famous paintings were just casually placed within the palace living quarters. 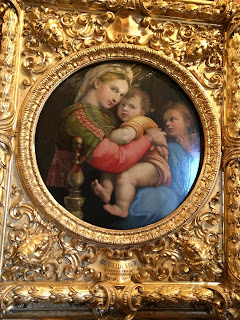 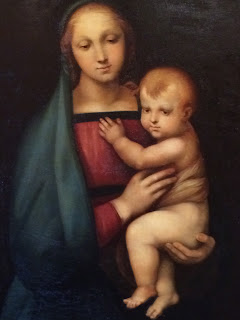 There's also an amazing Costume Gallery within the Pitti Palace. Established in 1983 it's the only National Museum of Italy exclusively dedicated to the history of fashion. It houses not only garments worn by the Medici's back in the 16th century but it travels all the way up to the present. Very extensive! 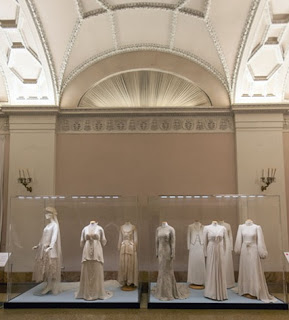 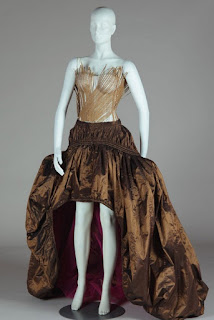 Currently there's an exhibit featuring Karl Lagerfeld, (not featured), which in my opinion was "meh" compared to the permanent collection.

Behind the Pitti Palace are the Boboli Gardens. Designed as a formal 16th century garden by the Medici's it's massive in scale and reaches up to the top of a steep hill, offering amazing views of the city.

At the very top of Boboli Gardens is the porcelain house.

There's a stunning collection of pieces . . . 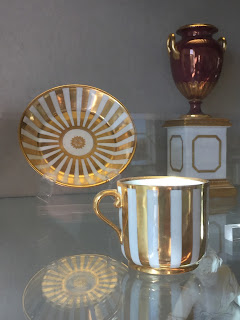 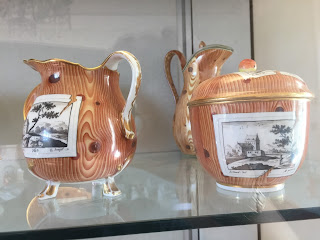 . . . including an amazing portrait done of Napoleon. In the late 1700s Napoleon took over the palace as his strategic headquarters. 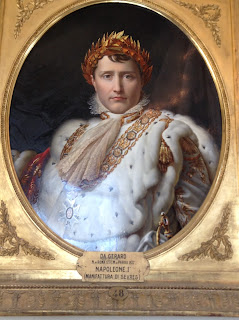 Strolling through the gardens was a well needed escape from the hoards of tourists down in the historic center of Florence.


After a long day it was time to head back to Claudia's Airbnb for a relaxing glass of wine while we pondered where to have dinner that night.

(NOTE: If Airbnbs or VRBOs are not your cup of tea and prefer hotels, check out the amazing castle-like Torre Guelfa Hotel.) 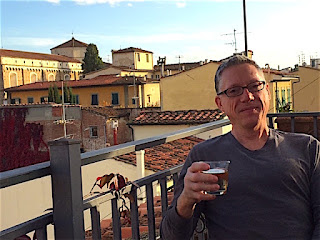