Oct 1-3, 20015 was SITSumATL - The inaugural Social Influencers Travel Summit held in Atlanta, Georgia. In just 2 and a half days I met so many new and extremely talented colleagues, laughed my tail off, and learned a hell of a lot!

Put together by the Sensei Project (an award winning media relations company) with the help of Sherry Heyl and many others behind the scenes, the event was simply awesome. Invitation only, I was honored to be picked by Sherry to attend and take part in sharing and networking with the best of the best travel influencers across the world. First things first, we all registered for SITSumATL at the W Midtown Atlanta (plus others to choose from)..


Even their public facilities are beautiful.

I want to say a huge thank you to Carmel Car Service. I always use them in NYC going to and from the airports. Certainly easier than trying to catch a cab and I've consistently found them to be less expensive than Uber. Just recently I realized they are countrywide - I used them last August down in Orlando.

Up at 5:00am to get to Atlanta, the W's luxury king suites were a comforting welcome. 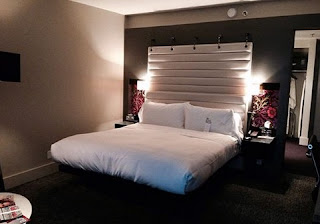 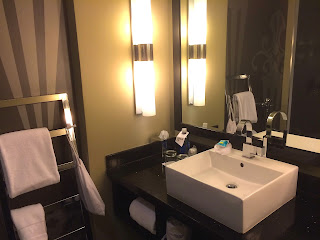 Located just steps away from "everything", next door was the Woodruff Arts Center, which houses the renowned Alliance Theatre, the Atlanta Symphony Orchestra, and the High Museum of Art. So much culture, so little time!

Part of our summit included outings like this one where we took a walk with Atlanta photographer Tim Moxley, part creator of #WeLoveATL. We took snaps of the Woodruff Center's whimsical gardens...

And then we headed to Piedmont Park just down the block.

At one point I turned to Ted and said, "This park seems oddly familiar. I'm from NYC and it feels a lot like Central Park." And his response was, "It should. It was designed by the same landscape architect - Frederick Law Olmstead." 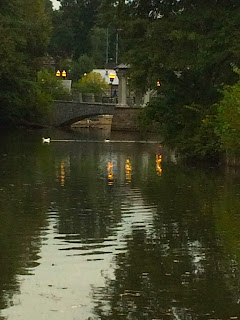 We had a welcome reception and dinner at the Atlanta Botanical Gardens.


And even at night the gardens were stunning.

Dizzy Note! Honestly, the only time I felt concerned about my balance issues was while walking down some of the pathways in the garden at night, which were quite dark. As many of you know, my body's reaction to darkness is to drop to the ground. But just holding onto a friend's arm solved the problem. It signaled to my brain, all was well. Plus it was a bit chilly, so it warmed us both up! Win/win.

In between educational breakout sessions where I learned so much more about social media and where it's headed in the future, I joined in on a delicious and educational Downtown Southern Food walk offered to us by Atlanta Food Walks and our personal guide was Akila McConnell (founder and chief eating officer.) 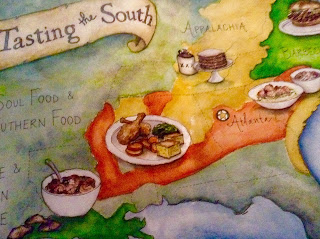 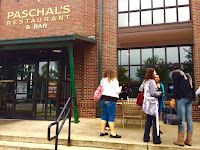 Martin Luther King Jr. and many other Civil Rights Leaders made this their unofficial headquarters as the movement began to organize and grow. 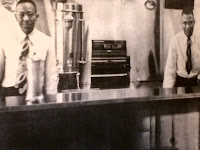 And honestly, this fried chicken is some of the best I've ever tasted. They obviously brine it first but the restaurant said no bribe was big enough to tempt them to share their secret recipe. 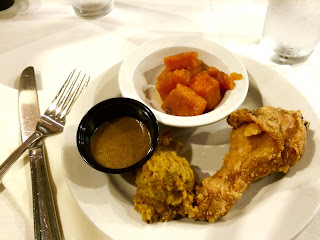 Next up was the Smoke Ring and at the helm of the smoker is executive chief - Jordan Wakefield. 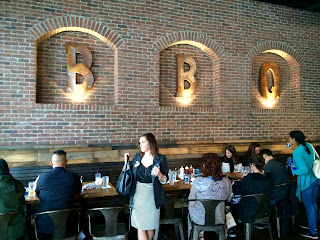 My favorite of the tasting, for sure, was the pork belly. 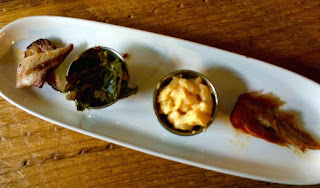 To cleanse our palate and enjoy something some might think is a bit more healthier, we stopped by Arden's Garden. More than a juice bar, it also offers a varieties of cleanses, smoothies, packaged mixed nuts and fruit bars. 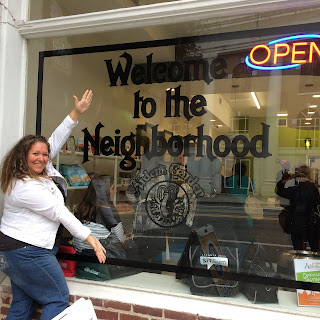 Geez, I'm working up  an appetite by listing all of these food stops. Another stop was Just Add Honey, a refreshing take on Southern tea, this shop has everything for the tea and honey lovers. And you can order online! 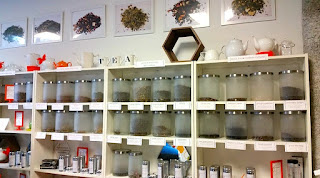 Now off to Sweet Auburn Seafood... 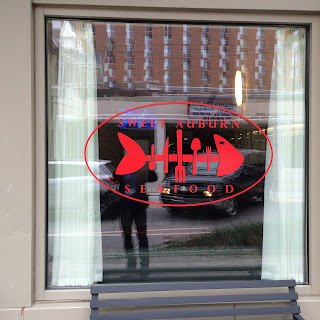 We were served shrimp and grits. I LOVE shrimp but have tolerated grits in the past...the problem wasn't that I didn't like grits, I was obviously eating the wrong grits. Sweet Auburn's were buttery, creamy, yummy pillows of grits enveloping perfectly cooked shrimp with chicken sausage.

Not far away we walked over to the Sweet Auburn Curb Market. This is Atlanta's version of Barcelona's La Boqueria. Opened in 1924 and originally called the Municipal Market,


this huge historical building has 24 separately owned businesses ranging from produce and meat merchants to a bookstore and pharmacy not to mention many eateries, such as Panbury's. Using a combination of British and South African family recipes for double-crust pies, Lauren and Adam


hand-make daily meat pies, veggie pies, fruit pies and even sausage rolls. My fave was the chicken sausage, onion, Parmesan and fresh herbs wrapped in flaky puff-pastry. I'd love to go back and taste everything! Actually, they ship anywhere in the world...maybe I'll just order some!


And the food booth right next to theirs was Le Metro Creperie...

Here my favorite was the homemade pimento cheese, tomatoes, bacon, and "one screw loose" balsamic fig jam. And last but certainly not forgettable is Miss D of Miss D's New Orleans Style Candies.

We ended the food tour on a sweet note and tasted her pralines with pecans and also sampled her cheesy, Cajun, and caramel popcorn. And then out POPPED Miss D herself. A bundle of loving energy, she made sure she hugged and squeezed each and every one of us while thanking all for the visit. Such love. 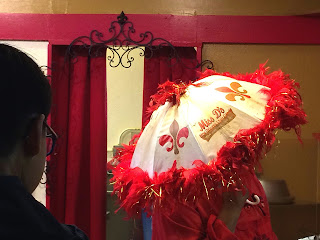 The last night of the summit we were treated to an incredible spread of American Southern, Italian, and Mediterranean foods and dishes from the Fifth Group Restaurants including Ecco, La Tavola, Lure, and South City Kitchen. 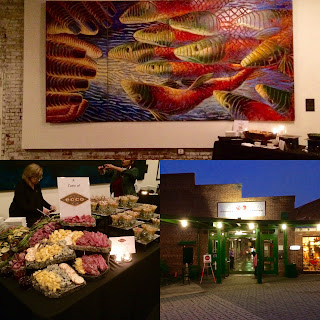 Held at the beautiful King Plow Arts Center, once a plow factory, it has now transitioned into a commercial, performing, and visual arts center. It's also perfect for many types of functions, including our very own. 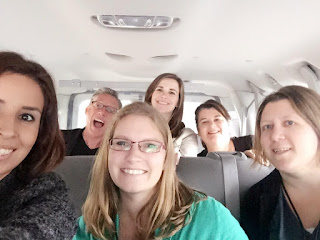 A big shout out to Supershuttle for getting us back and forth to the airport as well as Delta for being our host airlines. The two and a half days flew by and I'm so happy to have met so many smart & motivated attendees who shared laughter & knowledge at this first & highly successful Social Influencer's Travel Summit in Atlanta! #SITSumATL

We had too much fun as you can tell.