In the past I've had family reunions in Stillwater, MN, and Charlotte, NC, but recently we all met up in my niece's husband's home town of Lewisburg, West Virginia, which is in the heart of the Allegheny Mountains.

The cast of characters from left to right: my sister Janet, brother John, niece Leigh-Anne, yours truly and Leigh-Anne's husband Josh. And of course, Amelie, Leigh-Anne's and Josh's almost one-year-old.
When many people think of Lewisburg, the first thing that comes to mind is The Greenbrier Resort. 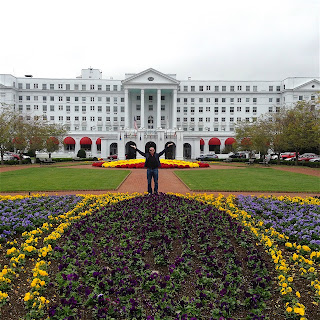 This massive complex not only includes accommodations, restaurants, a casino for members, and its world renowned golfing but it also has The Greenbrier Spa, which is the only Forbes Five-Star mineral spa in the world. Going all the way back to 1778 people have traveled to The Greenbrier to "take the waters." They bathed in the sulphur springs but today they also offer massages, or you can restore and rejuvenate in their whirlpools, steam rooms, and saunas. The Greenbrier also offers yoga, meditation seminars and much more. Plus you can still soak in the mineral waters.

Renowned interior designer, Dorothy Draper, was hired to give the resort a fresh look after it was used as a hospital during World War II. "She left the hotel with a bold new personality, using color and oversized patterns to paint a picture that reflected the luxury of space, elegance and sense of history in every detail."  In 1960 her protege Carlton Varney took over and is the current decorator today. 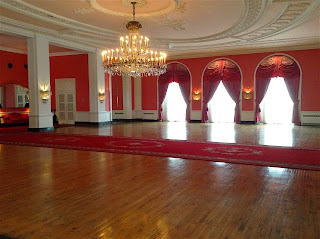 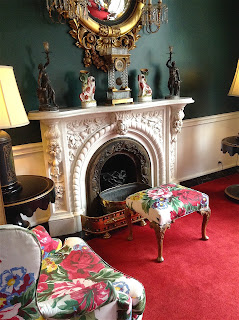 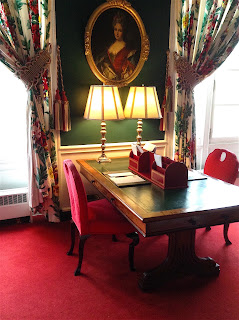 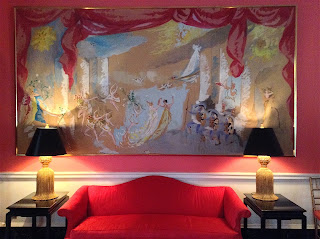 There are 55 different activities you can take part in at the resort ranging from falconry to bowling. You can also browse through their 36 retail shops or visit their art colony cottages where artists continue to create.
Or you can just sit, relax, and take in the fresh air and beautiful views.

On this visit to Lewisburg, which by the way was voted "America's Favorite Town" by Travel & Leisure Magazine, we timed it to coincide with the TOOT Festival. (Taste Of Our Towns). Local restaurants, clubs and organizations set up stalls along their main thoroughfare, Washington Street, and proceeds go to the restoration of their Carnegie Hall. Built by Andrew Carnegie in 1902 it is one of four Carnegie Halls. Can you guess where the other three are located? The answer will follow in Part 2 of our visit to Lewisburg. 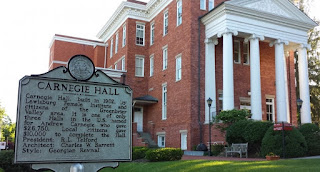 Lewisburg was also voted "Top Chefs" by Southern Living Magazine and taste treats along the street festival ranged from bbq pork sliders to vegetarian pizzas to cassoulet with rabbit. Later that evening we decided to dine at The Stardust Cafe. 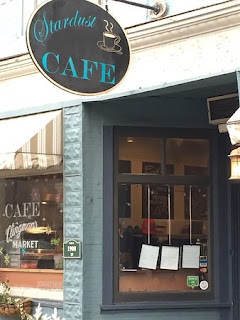 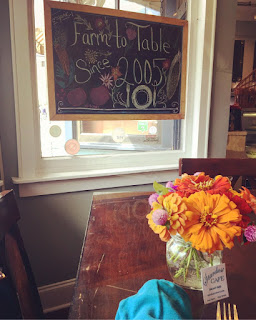 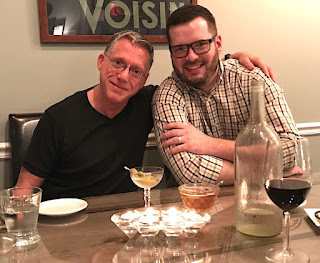 Josh and I started out with smart cocktails while the table enjoyed a bottle of a full-bodied Malbec from Argentina. John had the tomato soup as an appetizer and at first look, I thought this was going to be too rich, but no! The soup was absolutely delicious. 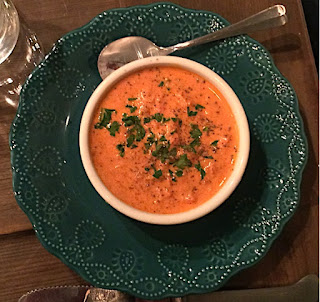 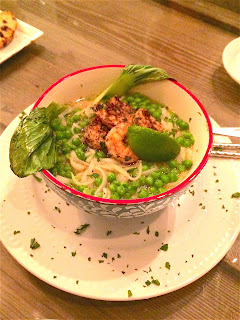 As Janet said, "It had very good flavor." Josh and I both had the Swift Level Farm steak - a 10 oz grilled rib-eye, served with mashed potatoes and sauteed zucchini. Swift Level is a 151-acre family farm located outside Lewisburg. 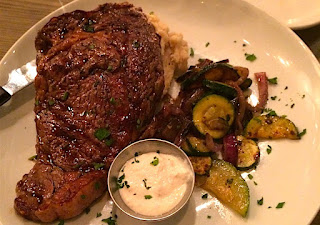 I agree with Josh when he says, "The steak was well seasoned and perfectly cooked." And as is with rib-eyes, the marbling gave it fantastic flavor. 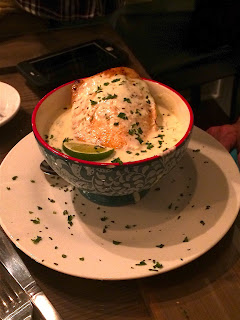 John commented that it was delicious but a little on the rich side. And the plating seemed a bit awkward. And finally, Leigh-Anne had the Saku Block sashimi tuna - 8 oz of thinly-sliced sashimi tuna served with sauteed zucchini, wasabi, organic pickled ginger, tamari & lemon. 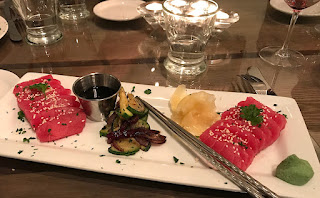 Super fresh and light! Part 2 of Lewisburg will cover the historic General Lewis Inn, their Jefferson Dining Room and the 77 miles of the Greenbrier River Trails.