Marineland Dolphin Adventure, Creature From The Black Lagoon and Lunch in the Old Quarter of St. Augustine, FL


Hotel Note: If interested in accommodations nearby, check out: The Bayfront Marin House Historic Inn and many other options.

Located just 18 miles south of St. Augustine, Florida, Marineland not only entertains but also educates with an exciting hands-on approach.


Marineland Dolphin Adventure statement: Founded to foster the preservation and protection of marine life...our mission is to utilize interactive education, enhanced by on-site research, to inspire visitors to value and respect marine mammals and their environment. Marineland is a place for education, inspiration and connection, we continue to expand our audience by expanding the programs we offer. Summer camps, school field trips, weddings, corporate functions and neighborhood meetings all benefit from the beautiful scenery, charismatic dolphins and multi-purpose meeting areas. 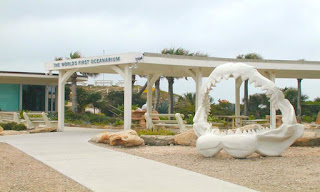 In 1938, 20,000 people showed up for the opening of Marine Studios with its one-of-a-kind Oceanarium. This underwater film studio attracted Hollywood as well as tourists, for it allowed TV shows and movies to film sequences underwater in a realistic enviornment. Scenes from the movie, Creature From The Black Lagoon ... 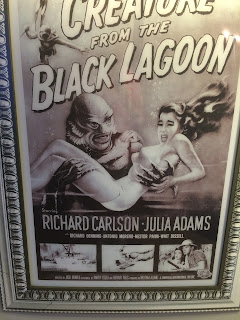 ... as well as Benji Takes A Dive At Marineland, to my personal favorite, episodes of Sea Hunt with LLoyd Bridges, were all shot here. 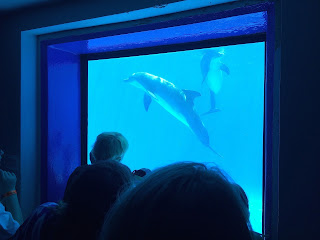 In the 50s and 60s, the Oceanarium evolved into Marineland. Observation windows below ground allow marine specialists, as well as visitors, a close-up view of the dolphin's underwater behavior. 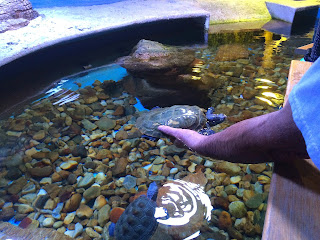 There are also recuperation tanks that help injured or sick creatures regain their health before being released back into the wild. 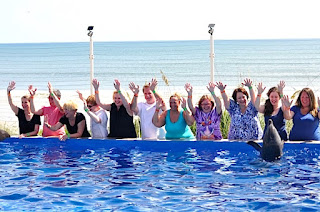 After so much fun in the sun what could be more refreshing than a quick lunch at Taberna del Caballo back in the Old Quarter of St. Augustine. 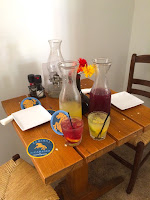 Then we devoured a light and crispy Mediterranean margherita flatbread with Roma tomatoes, basil, fresh mozzarella, olive oil and garlic.

We also tasted their flats with shrimp, chorizo, and artichokes as well as their slow roasted pork with pickled onions, parmesan cheese, BBQ sauce and arugula. All were fantastic and totally hit the spot...actually they hit many spots.


A great and exhausting day in St. Augustine!

Lewisburg, West Virginia - voted "Coolest Small Town in America" by Budget Travel Magazine. In the past I've had family reu...