Hotel Note: For those interested in hotel recommendations near Taboon, check out the Skyline Hotel and many others.

Anyone who has taken a NYC cab uptown on 10th Avenue through Hell's Kitchen has probably glanced out of their window and noticed a beautiful restaurant out of the corner of their eye at 52nd street and wondered, "What is that? I have to check that place out." Yes, you do! 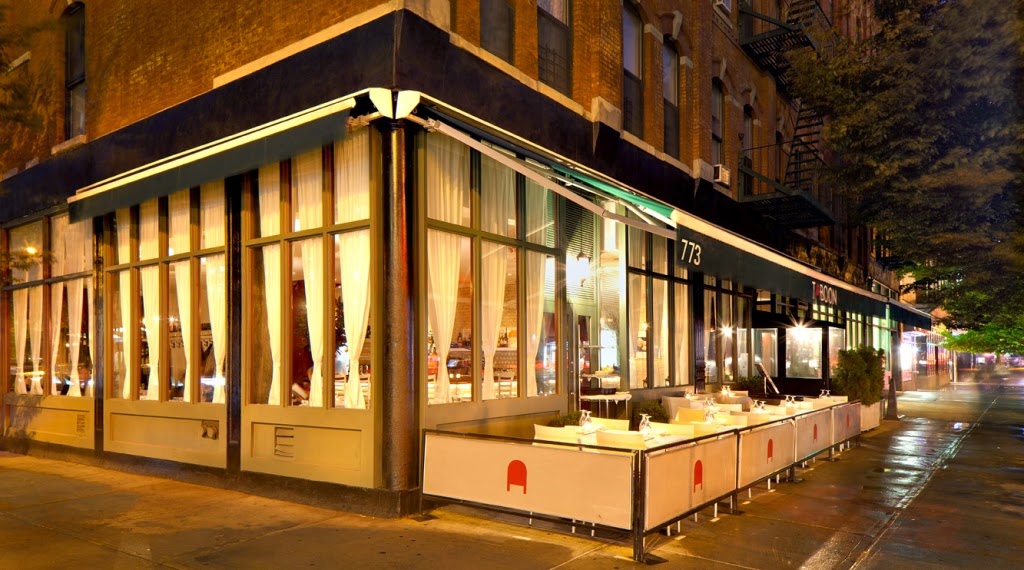 Especially welcoming at night, the white curtained windows pull back to reveal a sophisticated yet casual Mediterranean ambiance. Taboon calls itself "Middleterranean" - a melding of Middle Eastern cuisine with Mediterranean. I call it . . . delicious. 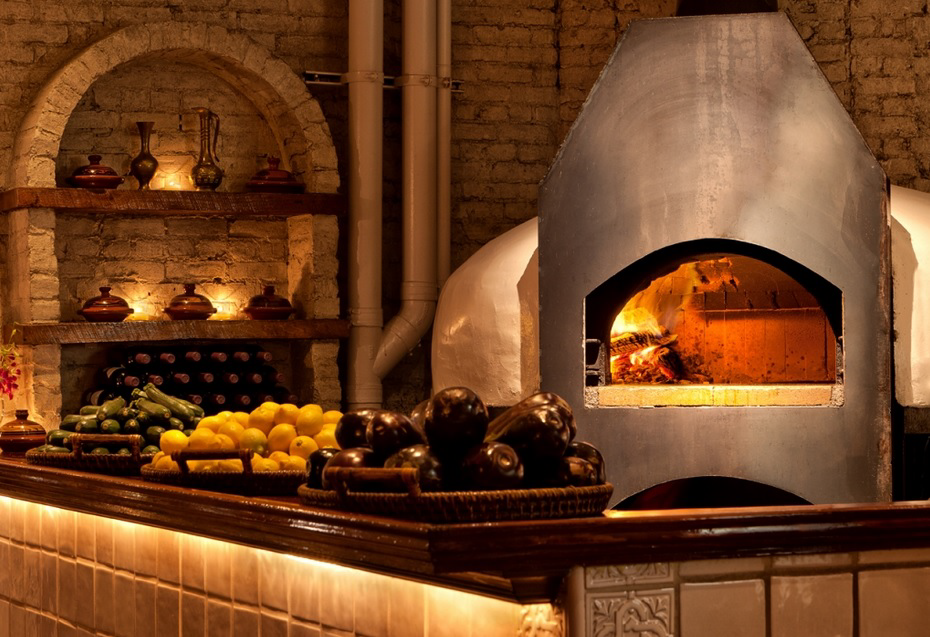 And featured prominently as you walk in the front door is the restaurant's blazing white domed taboon oven, the type that has been used for centuries by many cultures throughout the Middle East. 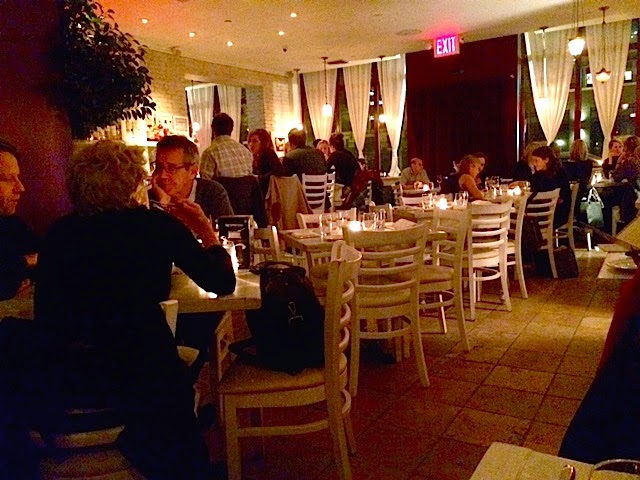 First up, you must order their house focaccia. I promise you, you'll order a second loaf. And my dining partner and I decided to treat ourselves to their trio of silky spreads to smear onto the mouthwatering bread . . . taramosalata, tzaziki and the baba ghanoush. There are several more to choose from like hummus, schoog, and red pepper spread.

I decided to order a starter and chose the roasted baby beets with Asian pear.

A thinly sliced, sweet and tangy pear, was the perfect pairing with the baby beets. And it had a roasted pistachio, fresh mint, and yogurt dressing. So refreshing.

For his entrée, my friend chose the Heraime . . . wild striped bass taboon baked in a ragout of roasted pepper, tomato, cilantro, mild Moroccan spices, artichokes, and hot paprika oil. And as you can see, they served it “in padella” (cast iron skillet) with couscous. He devoured it.

And I had their Mediterranean Branzino . . . a branzino filet baked in the taboon with rosemary and garlic, served with sauteed haricot verts, overnight tomatoes, bottarga/kale sauce, and finished with dark sesame seeds. It was quite the presentation but before you could spell Middleterranean, it was gone. It's like magic. You put fabulous food in front of me and it . . . disappears. 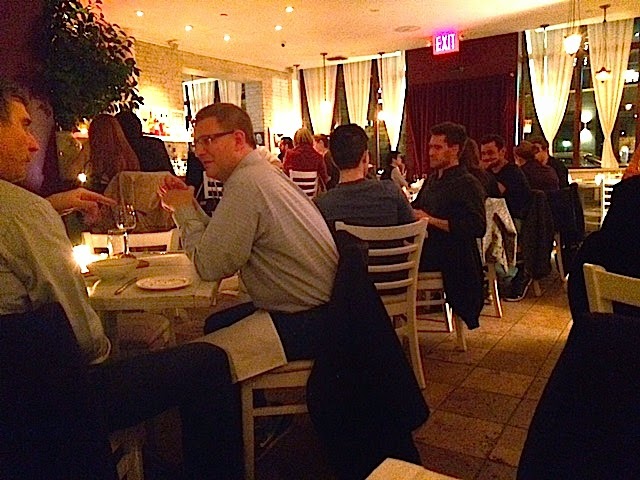 So the next time you're flying up 10th Avenue, slow down, take a detour into Taboon and enter another "gastronomical" world. Their bar is super comfortable and friendly too . . . for drinks and/or dinner, with friends or if you're solo.