What better way to spend a wintry January than on a nine day cruise sailing through the eastern Caribbean? 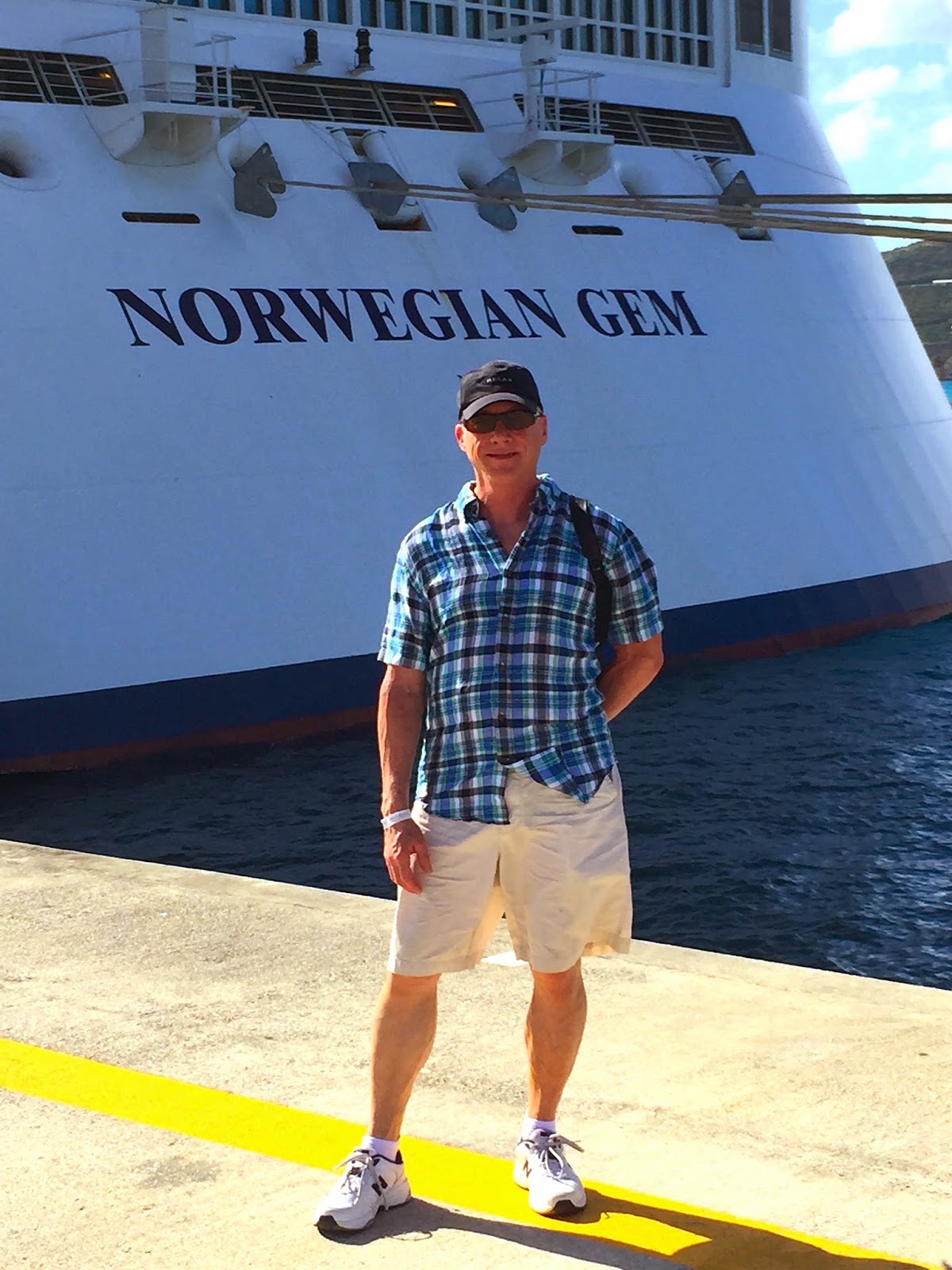 I had sailed on the Gem about four years ago and really enjoyed the ship's mid-size. The larger boats just have too many people on board. This ship, which had just had a renovation, was in pristine shape. It can handle a maximum of 2384 passengers, 1154 crew and it's 15 decks tall. Traveling with me was Bud Santora and our stateroom was a balcony suite on the 11th deck. That's higher than my apartment in New York City! 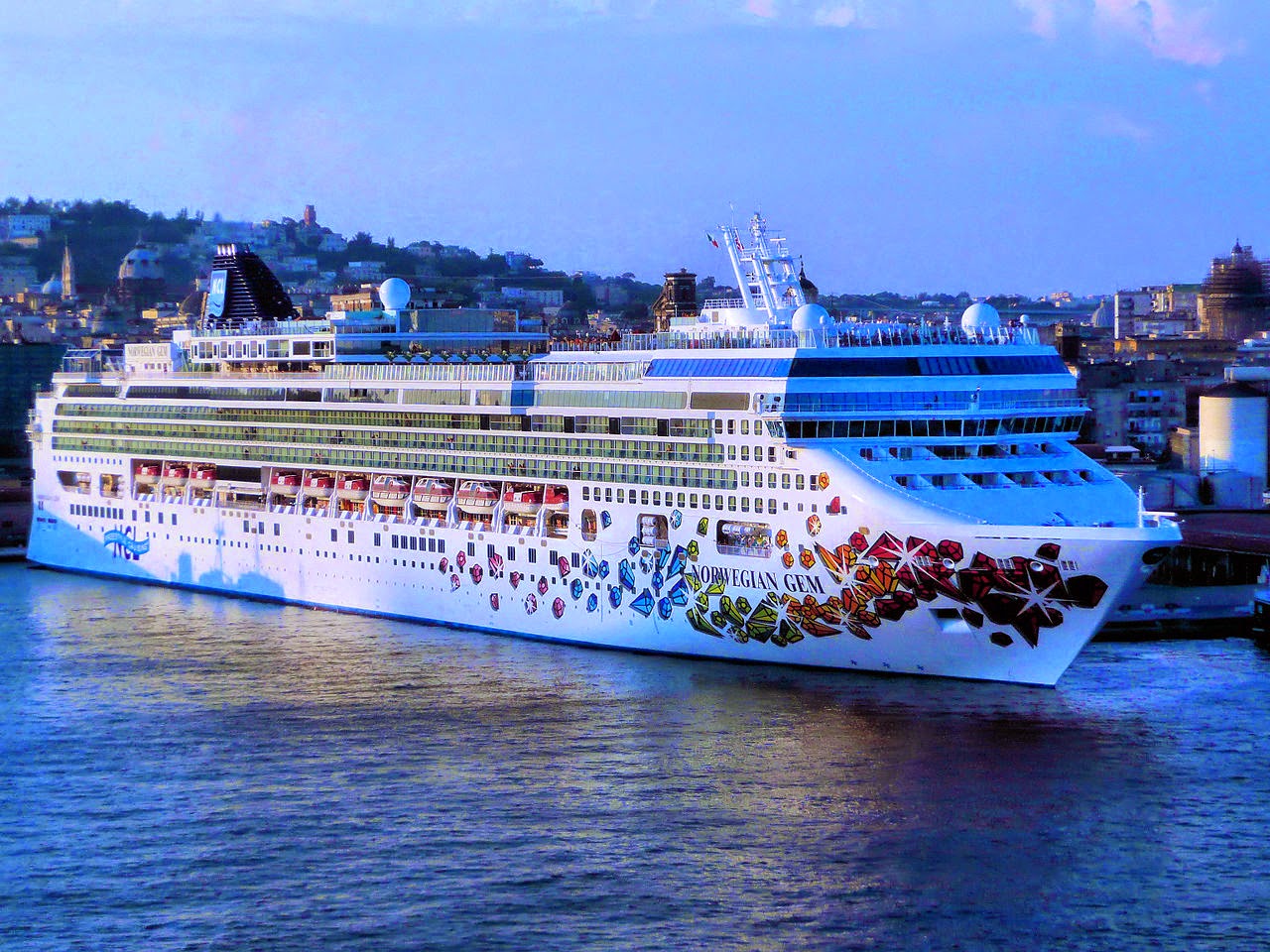 It just so happened that I was gone from January 21st till the 30th, during the time of New York City's (almost) hurricane nor'easter. It was chilly sailing out of New York's harbor but as always, very exciting. 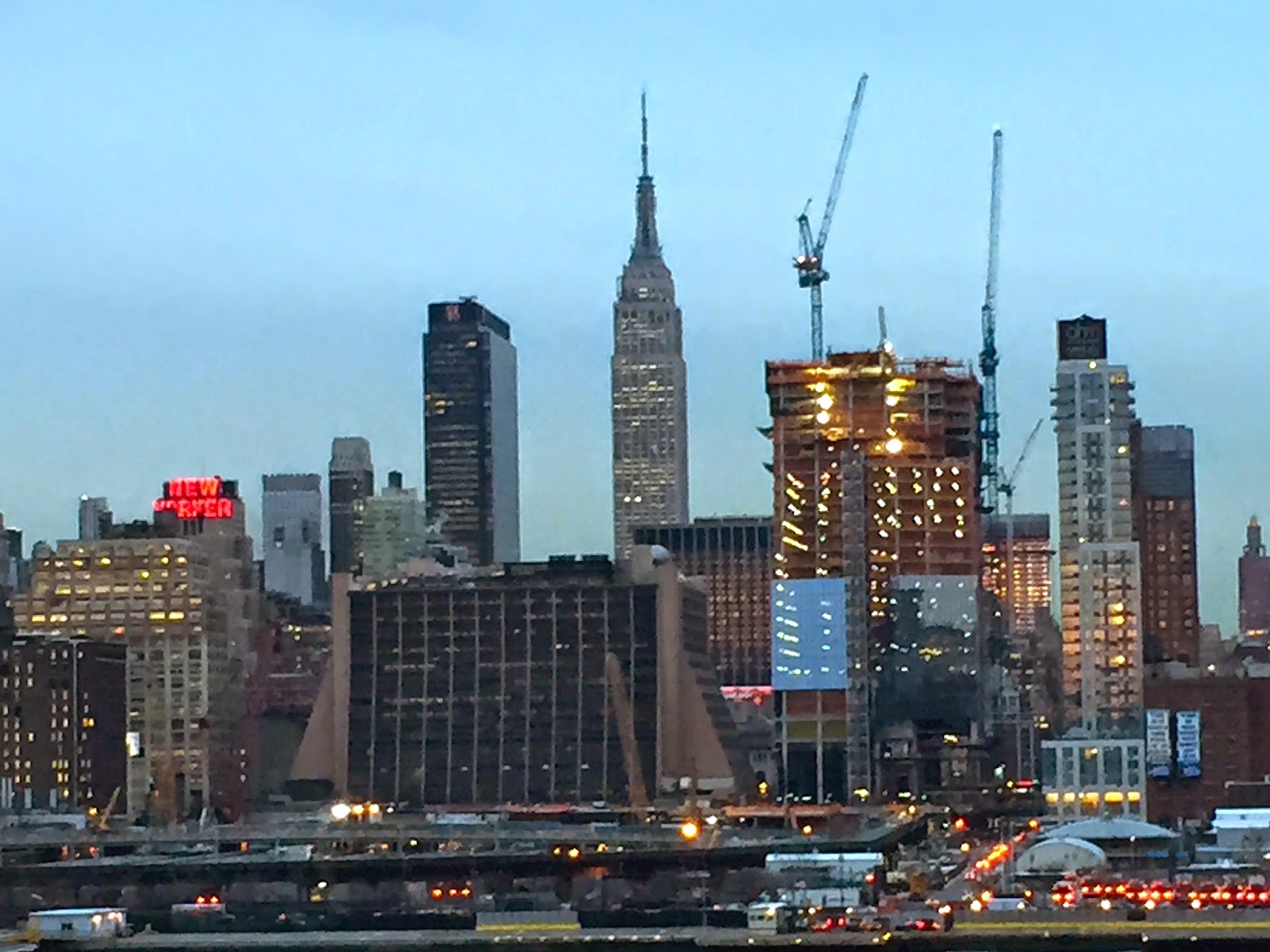 And the two and a half days it would take to get to Old San Juan, Puerto Rico, our first stop, gave Bud and I a chance to check out the boat. 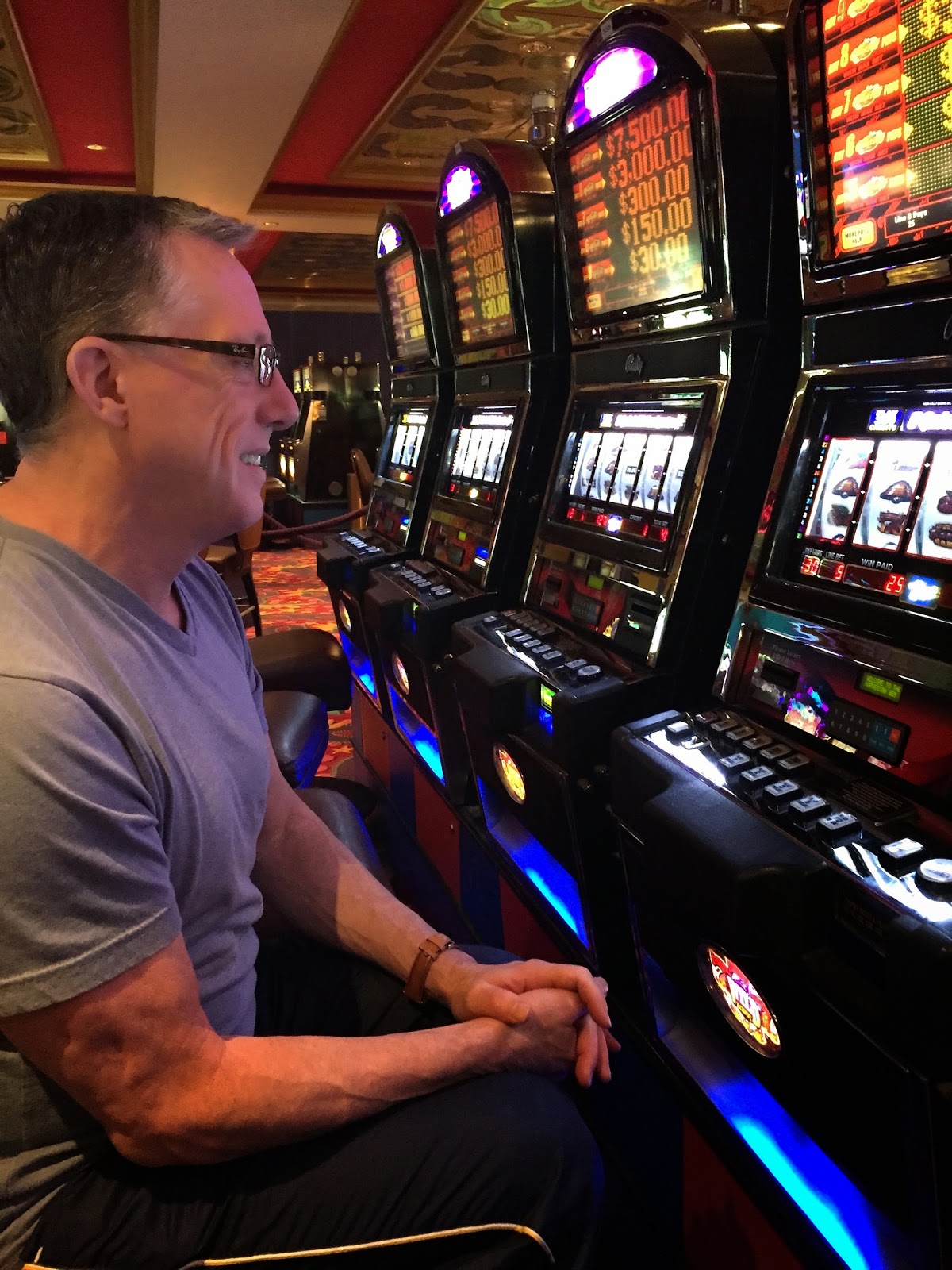 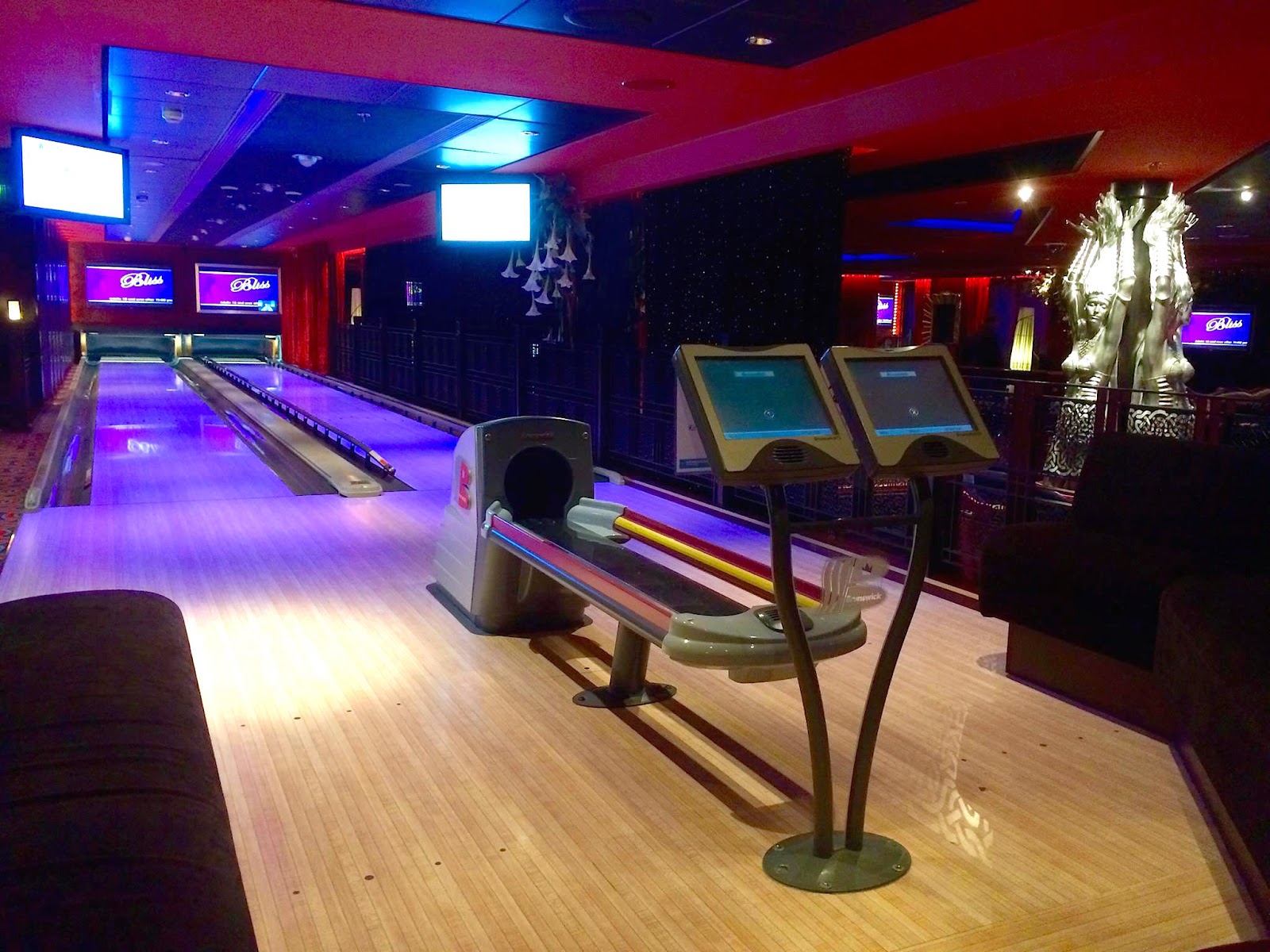 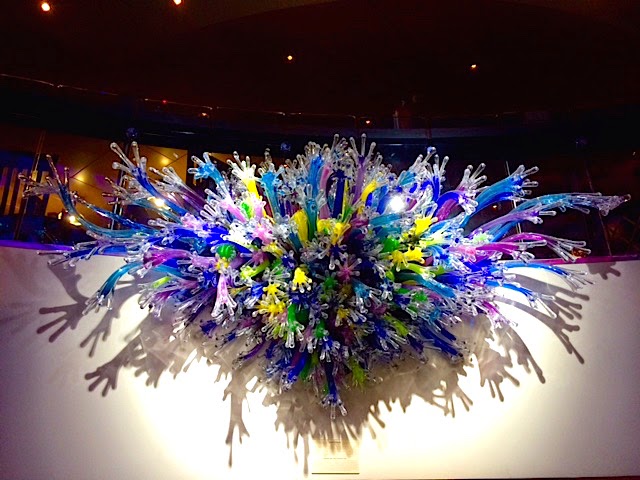 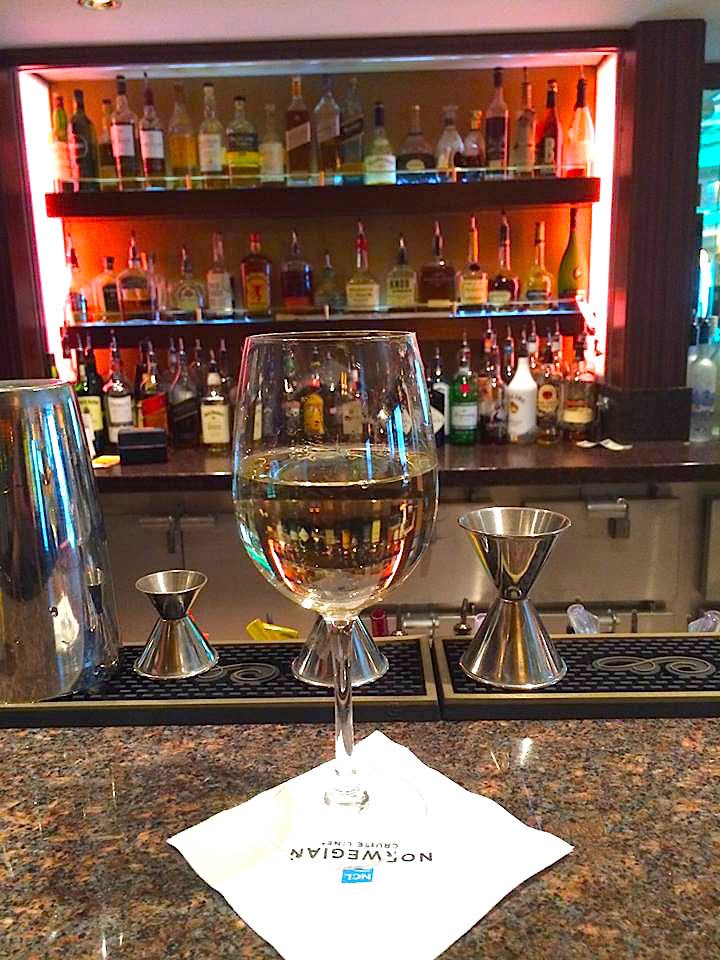 and of course the many bars to explore. There are several different singers performing on the ship in a multitude of lounges and at the main stage Stardust Theatre...

there's a different show every night. Rod Long (yes, that is his name) was the comedian on board, Chip Romero was the magician/comedian, Second City comedy troupe did a show one night and there were the Norwegian Gem singers and dancers performing three different full scale productions during the cruise. 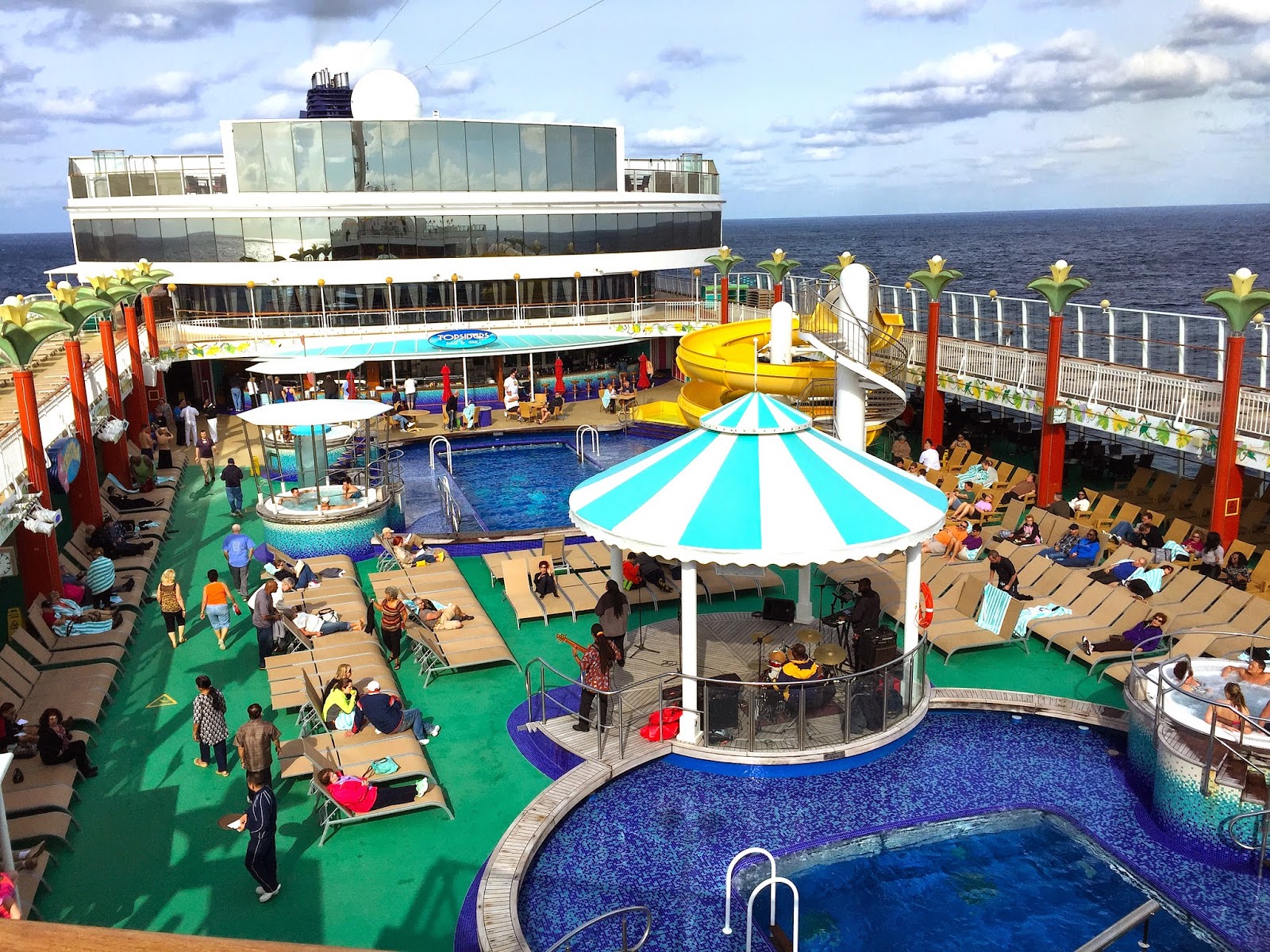 By day two it was warm enough to venture outside of the boat. As you can see there are pools, slides, hot tubs, bars, restaurants, and even quiet areas perfect for reading or just sunbathing.


The first port of call was Old San Juan, Puerto Rico. It's so stunning sailing into San Juan Bay. Here you see El Morro. First erected as just a tower in 1535, what you see today, the citadel protecting the city, was completed in 1587. 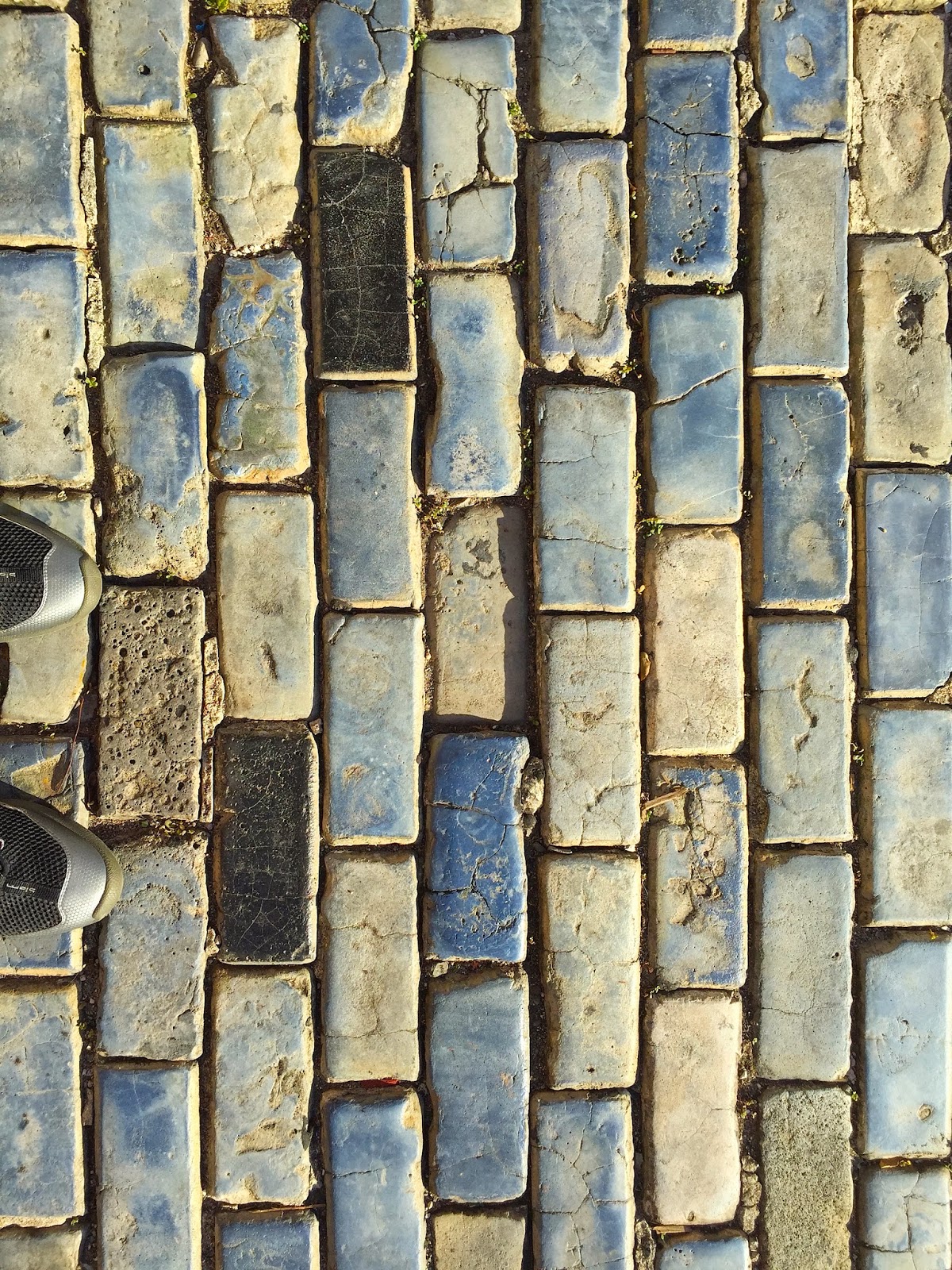 Old San Juan is easily walkable and many streets still have their blue colored cobblestones. 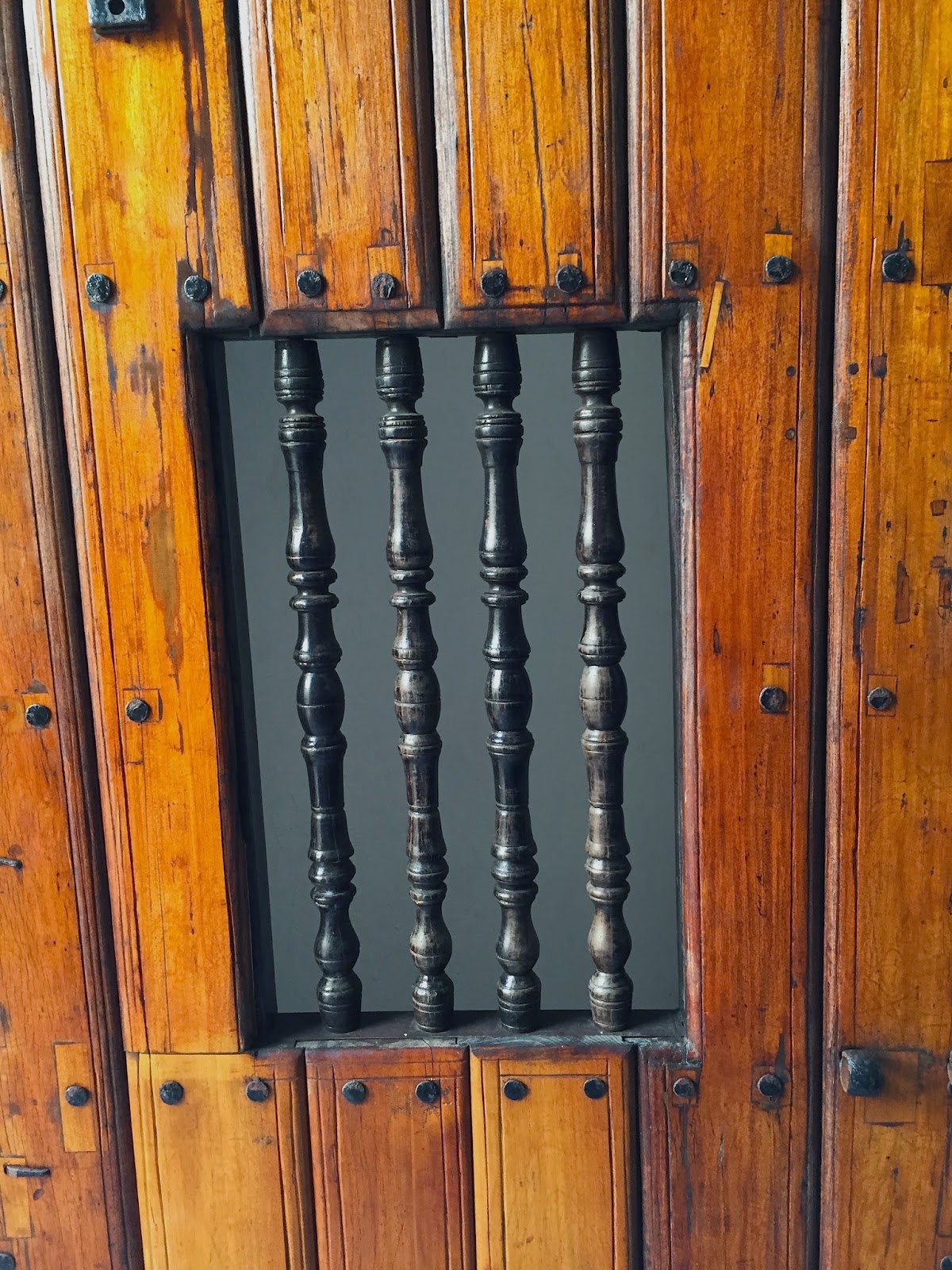 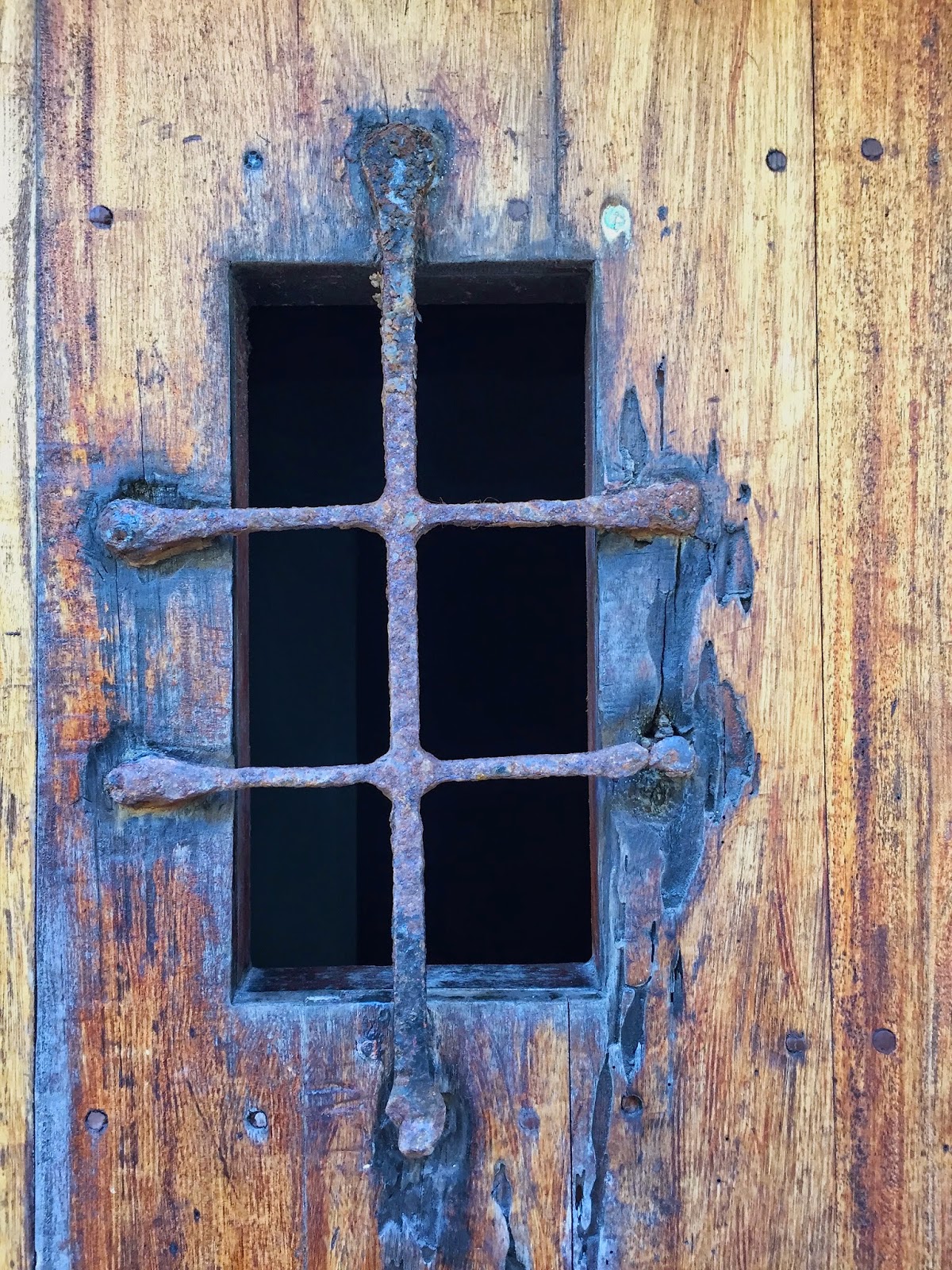 is splendid - from lovely doors to charming townhouses. 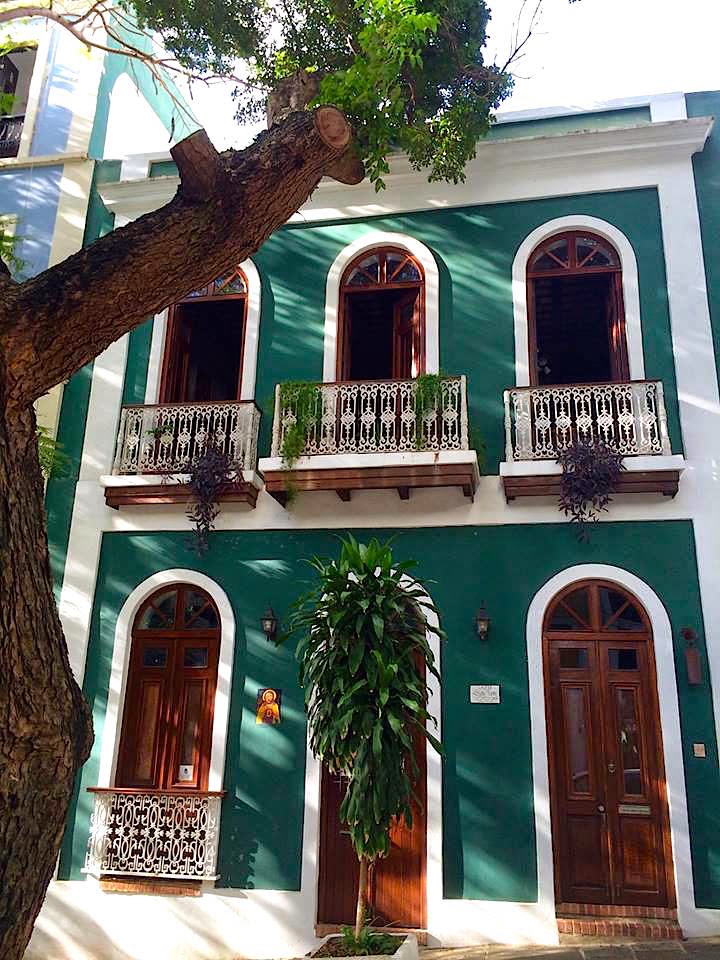 And the great lawn leading up to El Morro was simply breathtaking.

Families were picnicking, children flying kites and views of the sea were gorgeous. 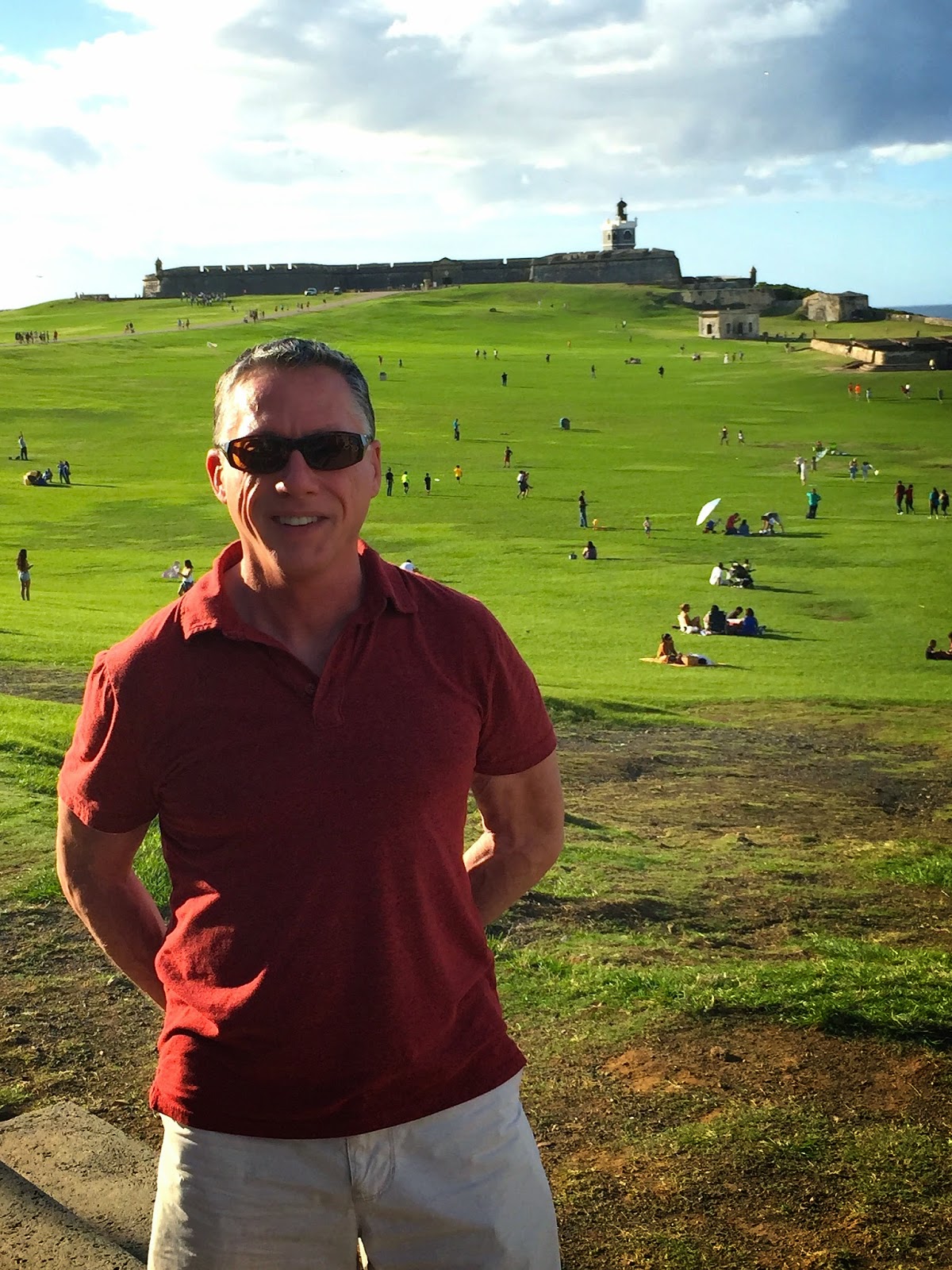 As you can see, even the ancient stone walls of the fort are speckled with hundreds of years worth of weathering. What a glorious patina.

Here is the lighthouse within the citadel. 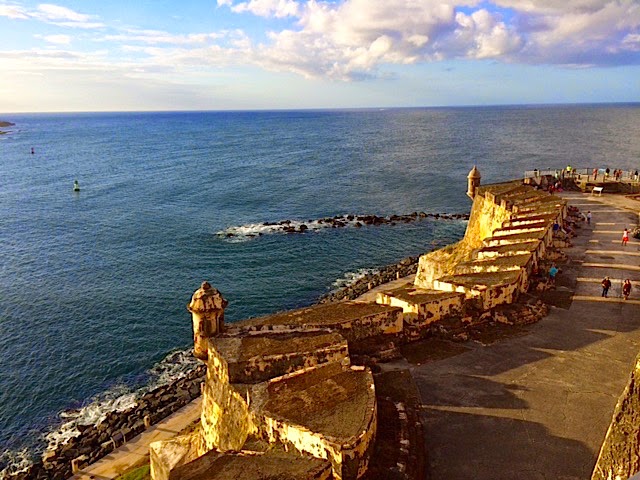 And in Old San Juan is El Convento. Built as a Carmelite convent 356 years ago, this splendid Puerto Rico luxury hotel is a loving restoration of Spanish Colonial architecture and design. 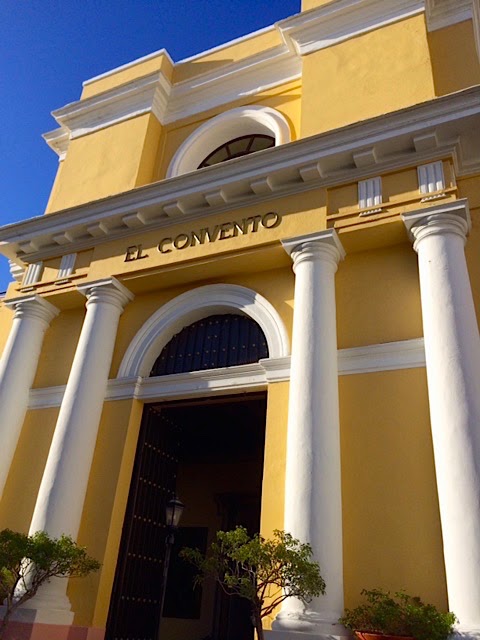 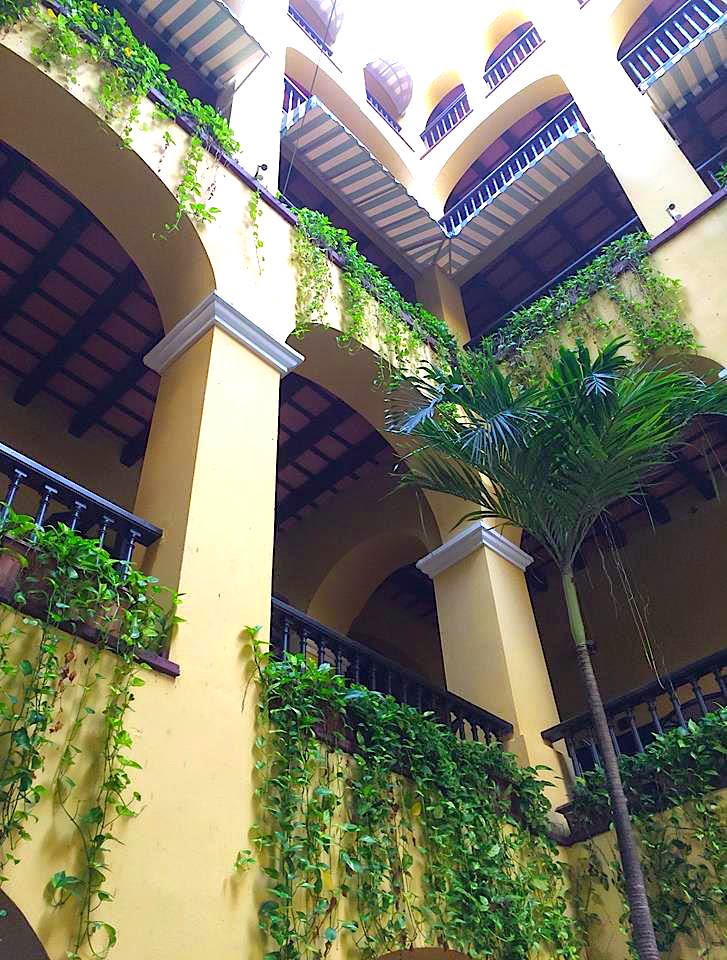 They have three terrific restaurants serving breakfast, lunch and dinner...or just stop by for a smart cocktail! 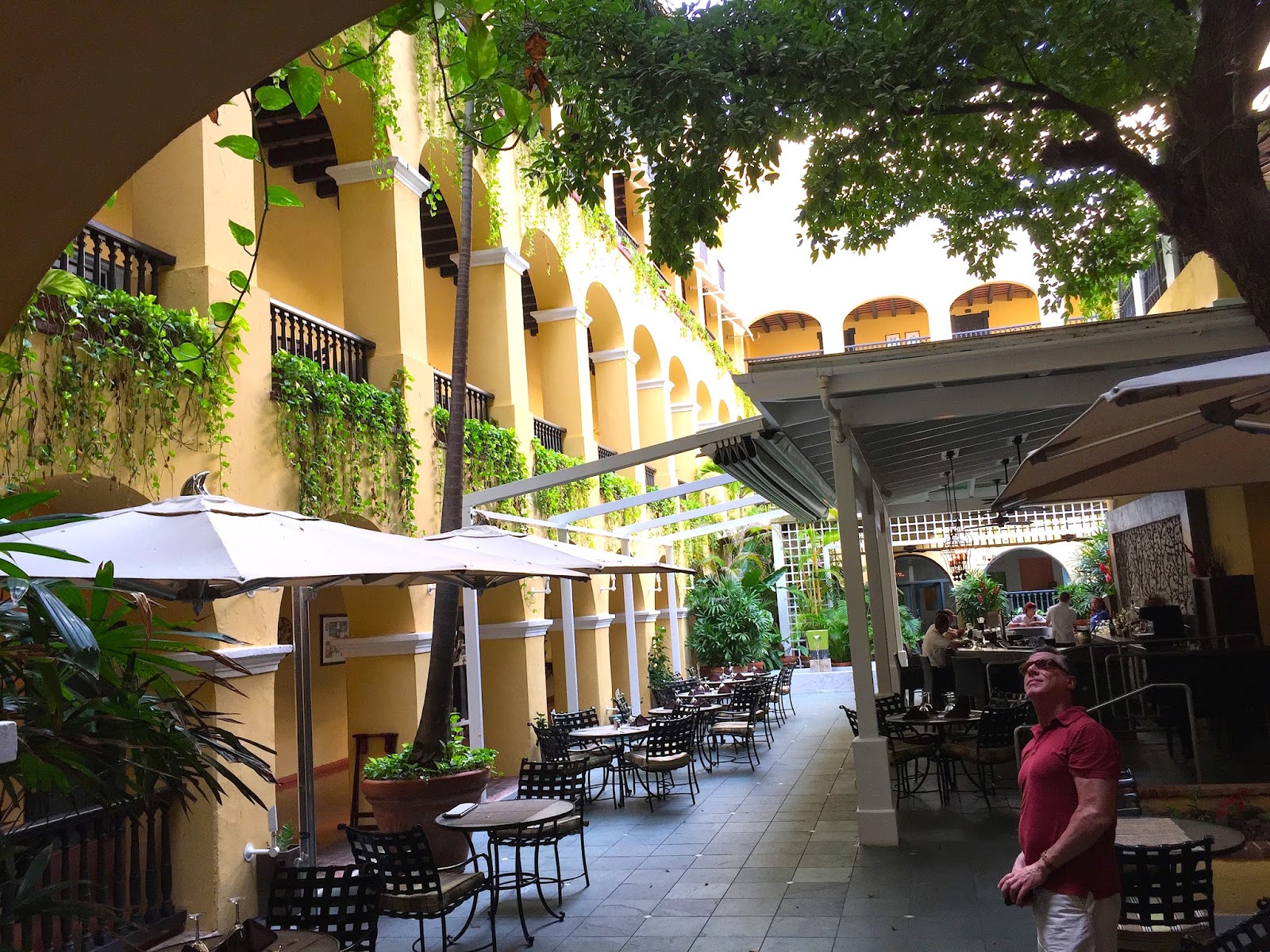 And just outside of El Convento is the Cathedral of San Juan Bautista. 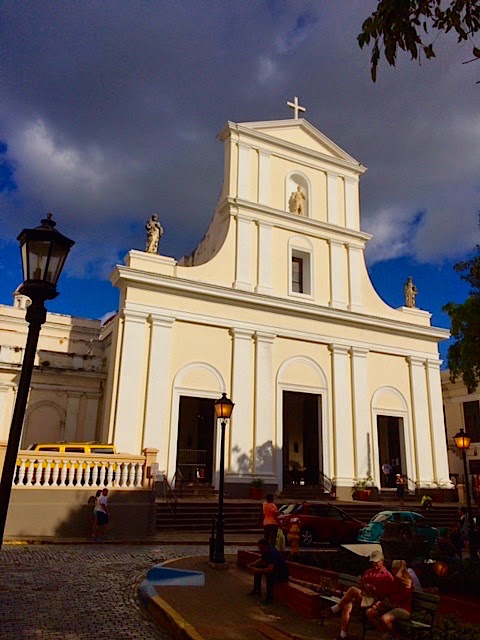 A very formal wedding was just about to take place as we quickly stuck our heads inside and caught a glimpse of the second oldest church in the Americas. 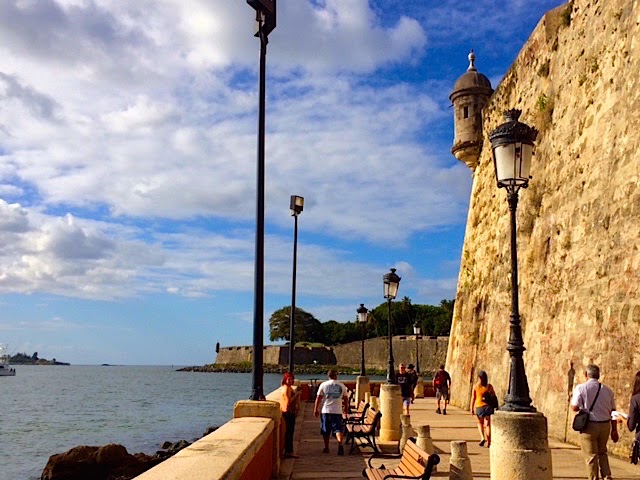 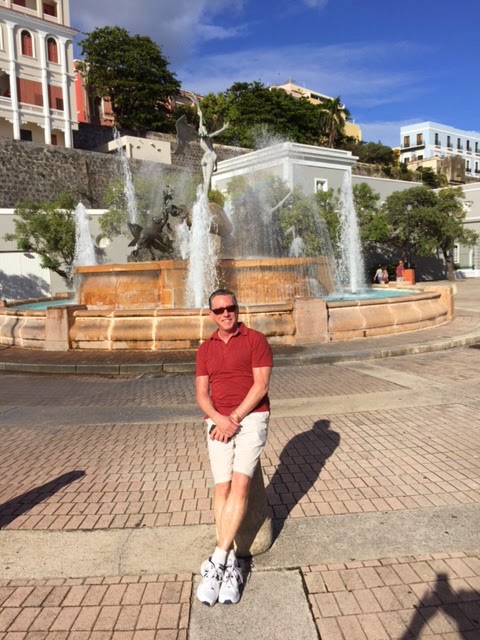 Part 2 of this trip includes St. Thomas, Sint Maarten and an emergency helicopter rescue by the US Coast Guard out at sea. (Not for me - I'm perfectly fine.)