Arthur Wooten:  Greg, when we first met I knew you as a novelist. Can you offer our readers a little insight into your body of work. Maybe the elevator pitch/logline for each book? 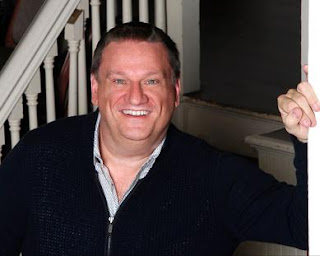 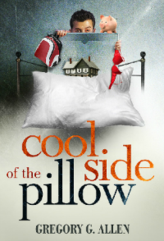 Greg Allen:  Oh goodness! You're putting me on the spot. It needs to be a long elevator ride. Hi, I'm Gregory Allen & I've written 3 novels . . . 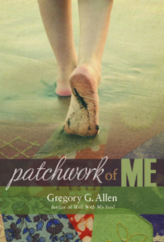 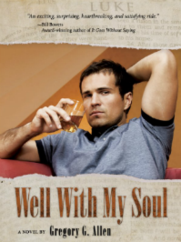 . . . the foster care system, mental illness, love, and self discovery.
I also have three children's books that advocate on autism awareness as well as following your dream...even if you're a squirrel who wants to perform.  Here are all my books:

Arthur:  So, I’ve discovered that you wear many hats. You’re a theatre manager and I believe you’re also a playwright and a composer? And you’ve recently starred in the musical production of Big Fish and prior to that, Next To Normal.
Greg: It's often hard to say what you do when you enjoy doing so many things. You can't fit it on a business card! I've been in the entertainment industry for over 25 years in one capacity or another. I've written several musicals, directed them, acted in them and I love each of those in a different way. No matter what – I'm a story teller. Either telling someone else's story or one I've created myself. I think that's why I loved playing Edward Bloom in Big Fish the Musical last summer...he was an incredible storyteller.

Greg: That was such a rewarding experience. Every single element from writing it, the two day shoot, post production – all of it came together in such a way that I'm afraid to try another. And then to hit the film festival circuit and win some awards...wow!

Arthur:  AND, as you mentioned, you’ve also segued into being a children’s book author.

Greg: My background started in children's theater. My mother and several family members were also teachers. I wrote my first children's musicals when I was a teen. I got my equity card doing children's theater. I toured as a teenage mutant ninja turtle. So wanting children to be involved in the arts has been important to me. I love traveling to schools and discussing writing with them after reading my books. It brings me such joy to hear from children that are already creating their own stories in elementary school.

Arthur:  How do you juggle so many genres and jobs? Do you finish one project to completion and then move to the next, keeping them compartmentalized? Or can you work on many things at the same time?

Greg: I often start several different projects, but then when one takes over – it really takes over and moves to the front. I still have sequels to my first two novels that I never finished. The past year I worked on adapting some of my novels into screenplays at the same time I was writing Irving the Theater Nut!

Arthur:  In regard to your children’s books, where do you find your inspiration? 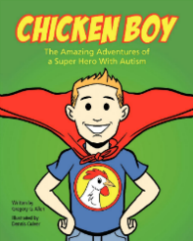 Greg:  My Chicken Boy series is based on my godson with autism. I wanted to create a superhero with autism from the 1st person POV (point-of-view). I had no idea people would respond to it as they did and I would begin traveling to schools every year talking about it. 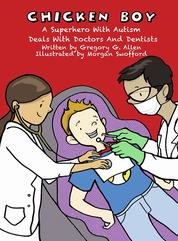 The second book came along when teachers and school nurses asked me to address sensory overload with children with autism. So I did. 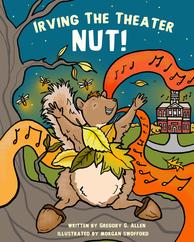 For Irving, when I started my current job managing a theater in a historic theater in Westchester County NY, the 1st week I was there a squirrel got into the theater. I completely forgot that I went home and wrote an outline. Last year, I found it and created the book about the squirrel who couldn't stay out of the building because he wants so badly to perform with the children rehearsing inside.

Arthur:  I know that with Chicken Boy you’ve delved into the school circuit, educating the kids and entertaining them with your work. Are you doing the same with Irving?

Greg:  I've already done several bookstores with Irving and have a school lined up this spring that specifically wants me to talk about Irving. I'd love to go to some summer theater camps and talk about Irving to those kids. It's for those that dare to be different, follow their dreams, and follow their own beat.

Arthur:  And what advice would you give other children’s book authors who want to take the challenge and visit schools with their projects? I bet your acting skills come in handy. 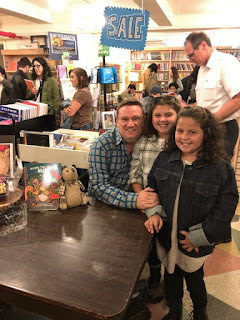 Greg: You definitely need to stay sharp and be ready to take whatever is thrown your way. You never know what questions will be asked. Plus yes, it helps to be somewhat entertaining so I can utilize some acting skills for that. If I start to sense I need to shift gears, I tell my story about touring as a Ninja Turtle and that pulls them right back in!

Arthur:  Do you see a sequel to Irving in the future? Or what about a children’s musical adaptation of Irving?

Greg:  At this point I want to see how the first book does, but I absolutely could see a sequel for Irving. I've already got to witness a group of children acting it out after I read them the story. That was so rewarding to me! I'd love to see it adapted for the stage. Who knows, that may end up being another project of mine. (I haven't written music in many, many years – so perhaps it could be a collaboration with someone – any takers?)
Arthur : Greg, you never cease to amaze and inspire me.

To find out more about Greg visit his website at www.gregorygallen.com.
Posted by Arthur Wooten