Horse Country, Birding, Local Wineries, Great Food and Shopping Along the Banks of the St. Croix River, a Reunion of Family and Friends plus Three Generations of Birthdays!

I'm already out of breath!

First - The colorful cast of characters... 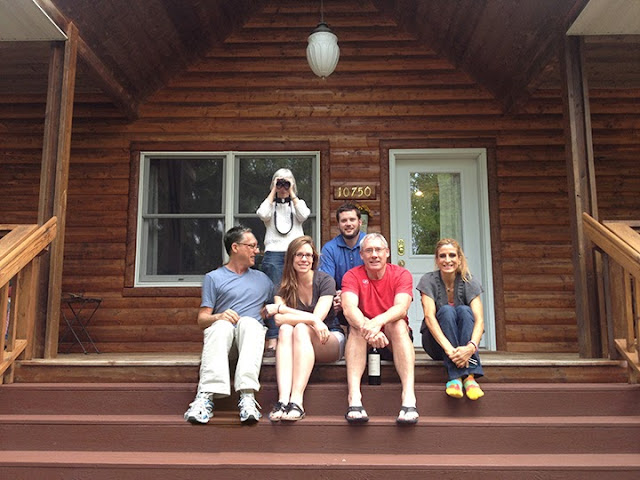 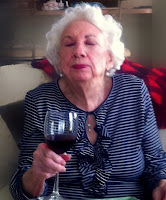 I stand corrected. She is clearly the wine connoisseur in the family!

Note: My mom and Leigh-Anne share the same birthday and Janet's is just a week earlier.


Hotel Note: If renting a house isn't to your liking check out: The American Hotel & Suites

So, John lives in Woodbury, MN just outside of Minneapolis and my mom is in the neighboring town of Oakdale. Janet and I flew in from NYC and Leigh-Anne, Josh and Andrea arrived from Charlotte, NC.

Dizzy Note: For all of us traveling on planes with inner ear disorders, a squirt of nasal decongestant in each nostril during take-offs and landings, can help prevent discomfort due to dramatic changes in cabin pressure.

And for the long weekend of celebrations John rented a terrific 3 bedroom log cabin located in Stillwater, which is just about 25 minutes north of where he lives. So close to the city and yet you're in a country setting. John found the cabin on this site Vacation Rentals By Owner - VRBO.com. (Here's all the info about our property.)

* If renting a home isn't your thing, check out the William Sauntry Mansion B & B and many other options. 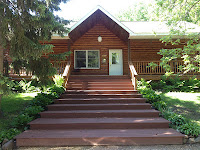 So it was time to check out the house and figure out who was sleeping where. I ran inside to claim my room while the others...well, I'm not sure what they were doing. (I thought I was the "ham" in the family.) Josh, love the watermelon touch. 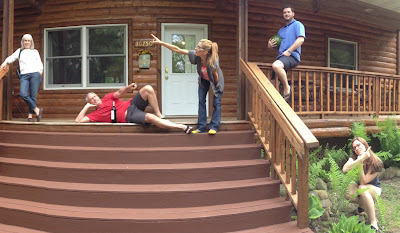 Right away, Janet and I decided to explore the countryside. I think she was in heaven; birds singing, frogs croaking and sightings everywhere. More later on the extraordinary list of the species she discovered.

And quickly we realized we were right smack-dab in the middle of beautiful horse country.

First on our itinerary was to visit Mom in Oakdale. Although it would have been fun to have her stay at the cabin it wasn't the most practical thing. But finding our way to her house was a challenge. Andrea, John and Leigh-Anne discovered a "street dilemma."

So, a wonderful afternoon was spent with Mom, followed by an enormous food shopping spree and we spent the first evening grilling and chilling with smart cocktails and wine that John and I had purchased in Napa. (Check out the Napa Valley blog and sweepstakes that I won.)

At the break of dawn, I was asleep. But Janet was already out birding and Andrea ran 17 miles! She's a serious and professional runner. Seriously!

Once we were all up and about we decided to check-out Stillwater and the surrounding areas. Rumor has it that Stillwater is the birthplace of Minnesota. You learn something new every day.

First, it was lunch at one of John's haunts, Phil's Tara Hideaway. And hidden away it was. From its name, I'm thinking it might be a speakeasy or maybe a take on Gone With The Wind's mansion? No, it's a fabulous Greek restaurant. In Minnesota of all places!

Originally called Club Tara and now on the National Register of Historic Places,
the Hideaway is a local favorite most tourists overlook (or can't find). From traditional spanakopita and Mediterranean lamb chops to the more daring rabbit stifado and the duck confit and gorgonzola phyllo pinwheel...they still have your traditional steaks, chops and star fish of the region, the walleye. For lunch, I chose the very familiar gyro sandwich.

Now, I come from NYC and I've heard gyro pronounced lots of different ways. "You say jai-roh, and I say jee-roh..." But when we asked the waitress what the proper pronunciation was, she said, "Year-oh." Oy, I'll just have that spicy Shawarma (tongue twister) meat, onions, romaine, tomato and tzatziki (don't as me to pronounce that either) sauce rolled into pita bread, please. It was delicious. You also have to try the Wisconsin cheese curds. 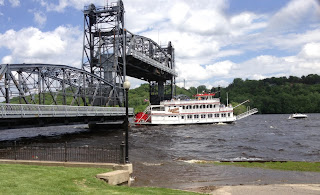 Stuffed, we headed over to the downtown area of Stillwater and passed one charming Victorian house after another and discovered restaurants and shops all hugging the banks of the St. Croix River. Here is their famed vertical lift bridge which is also on the National Register. Built in 1931, it originally allowed large cargo ships to pass under but now it mostly caters to the paddle boats full of tourists. Stillwater Riverboat Cruises

The river was running fast and overflowing its banks. I must attract it. (In a past blog, see what happened when I went to Venice!) After looking out at all that aggressive water we were a bit thirsty. Lo and behold, right behind us was the Northern Vineyards Winery.

Northern Vineyards Winery is the first modern winery cooperative in the United States and only grapes grown from Minnesota vineyards can be used.

After the tasting we stumbled walked down Main Street darting in and out of boutiques, antique shops and galleries trying not to break anything. And then John suggested we visit the Nova Wine Bar across the St. Croix River in Hudson, Wisconsin. Wisconsin! Who knew it was just across that river? (Sometimes I'm geographically challenged. I thought it was somewhere near Idaho, but I'm not sure where that is either.)

Originally a bar, The Nova has grown into a very popular wine and craft beer restaurant. 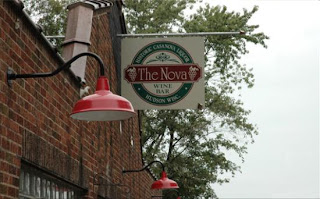 Eclectic doesn't even come
close to describing how crazy this establishment is decorated. Every inch of the place is covered with something. There's whimsical artwork on the walls, heavy carved throne-like chairs, Tiffany-style lamps and a super comfy lounge area in the front that we promptly took over. (Here's a shout-out to our server Tina who was friendly, informative and very patient.)

And to accompany our libations we ordered delicious taste treats: The Cheese Flight - house made crackers, artisan salami, 3 cheeses, nuts, fresh fruit and locally produced honey and the Olive You - warm marinated olives with chevre and tapenade served with warm bread. We devoured it. 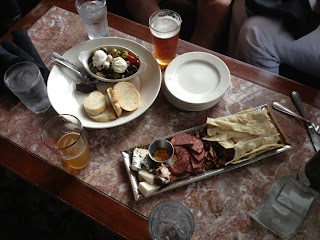 And you can't have a day of wine and beer tastings without storytelling.

That night, the festivities continued back at the cabin, which included a frighteningly competitive game of Cranium! (Josh, I'm sorry. I promise I'll never, ever forget what Michael Jackson's song "Thriller" sounds like...hummed.)

We all gathered together at John's house in Woodbury to celebrate my mom's, Janet's and Leigh-Anne's birthdays. 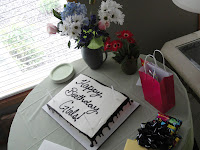 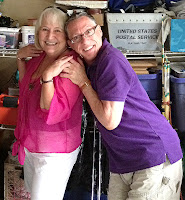 And I was thrilled to see my dear friend Sassy who lives nearby on Ham Lake, MN. She says it's called that because it's the shape of a ham. 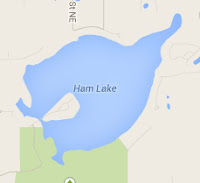 I actually think it looks more like chaps with boots and spurs. Maybe they should rename it... Chappy Lake!

A day of leisure. Janet and I explored more of the the neighborhood around the cabin.

All in all, it was a wonderful trip and beautiful family reunion. I saw areas outside of Minneapolis that I never knew existed. And the added bonus? Wisconsin! And now I know where it is. Next to North Dakota, right?

** And for more groovy info about anything and everything going on in Minnesota, check out Haley Anderson at Curious North - "the blog and podcast that seize Minnesota by the culture."