This is a repost with updated info for this year's Halloween extravaganza at Saint John the Divine in New York City. It's so popular tickets sell out fast.

Hotel Note: If in need of a hotel on the Upper West Side, check out:  The Excelsior Hotel

Located at 112th Street and Amsterdam Avenue, this magnificent cathedral is home to the Episcopal Diocese of New York. The fourth largest Christian church in the world, it is 600 feet long and the inside nave climbs to a staggering 124 feet in height. 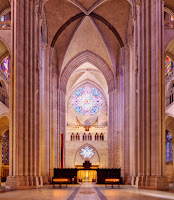 Construction of this Byzantine-Romanesque style cathedral began in 1892 but in 1909 they switched to a Gothic design. After a devastating fire in 2001, restoration still continues. Locals call it "Saint John the Unfinished." 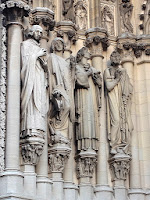 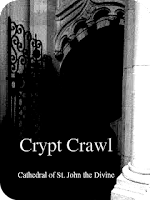 Along with regular services, there are many events and tours people can enjoy including one down into the crypts. (Bring your own flashlight.) 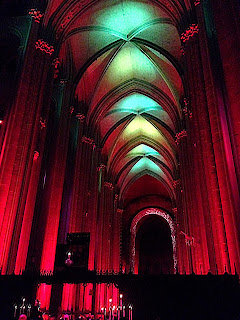 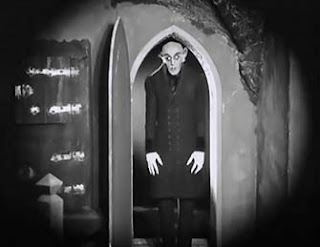 and shows a different horror film each year. This year it's the unforgettable symphony of terror -  Nosferatu. Other years it rotates with Phantom of the Opera and The Cabinet of Dr. Caligari. 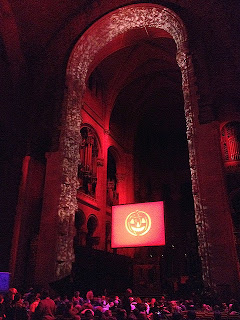 A movie screen is suspended from the ceiling ... 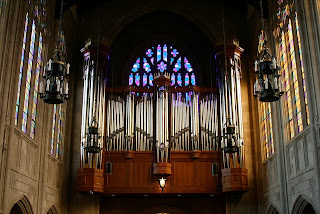 The movie is shown first ... 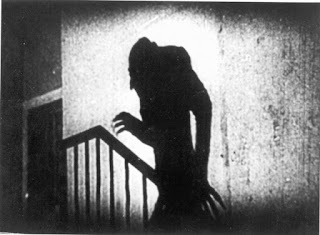 and then there is the Procession of the Ghouls created by Ralph Lee and the Mettawee River Theater Company. Emerging through theatrical fog are all sorts of fantastical costumed characters and larger-than-life puppets. 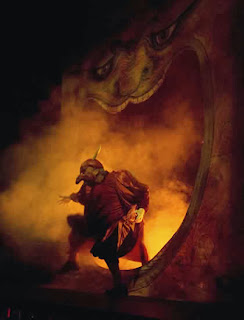 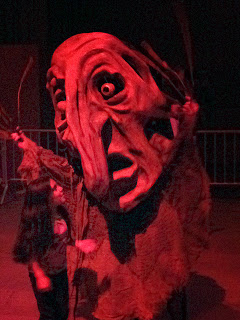 Two Halloween's ago, I shared this fantastical treat with me was my sister Janet and friend Bud Santora. Afterwards we all agreed we wanted a "quiet-ish" restaurant for dinner and chose the newly opened Mexican Festival Restaurant located at 102nd Street and Broadway.

First off we all ordered margaritas. Twice. 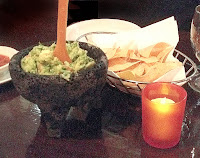 And the fresh guacamole made at your table. Perfection! 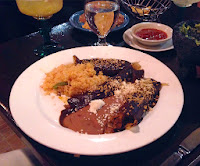 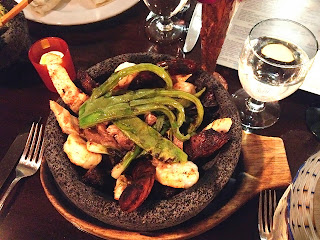 
Dizzy Notes: Friends with vestibular disorders, can you spell "dizzy"?


They were impeccably dressed, very talented...and loud. Heck, I was already spinning after the movie, subtitles, lights, lack of lights, sounds, crowds of people, and ghouls at the cathedral so I said to myself, "Relax and go with it." (Sometimes we have to live dangerously.) 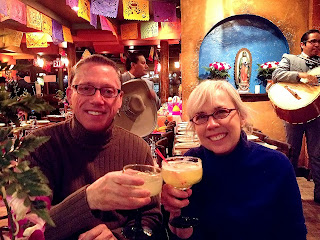 Tail end of the Procession of Ghouls

Halloween at Saint John's, as always, was a ... religious experience and DIVINE!