On Sept 29, 2014 the Irvington Town Hall Theater launched its monthly play reading series titled - Irvington Stage Door - created by their new theater manager, Gregory G. Allen. And I was honored that they chose my play, Birthday Pie, to kick off the first season. 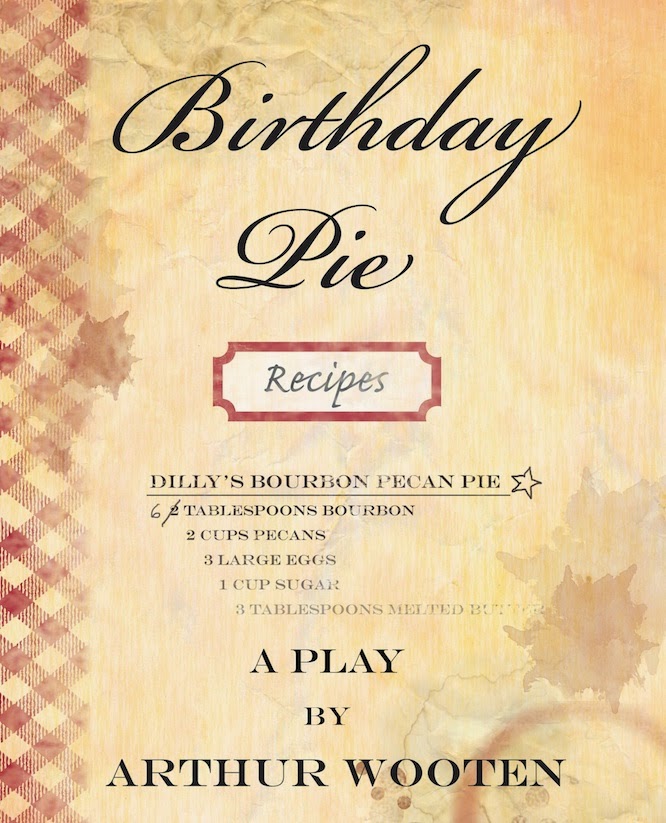 This series celebrates plays that are working their way into New York City and offers the audience a chance to be a "part of" the show business process, with a talk back with the creatives. What a fantastic night it was. Great cast, terrific audience and the Irvington Theater was the perfect venue to hear Birthday Pie off the page. 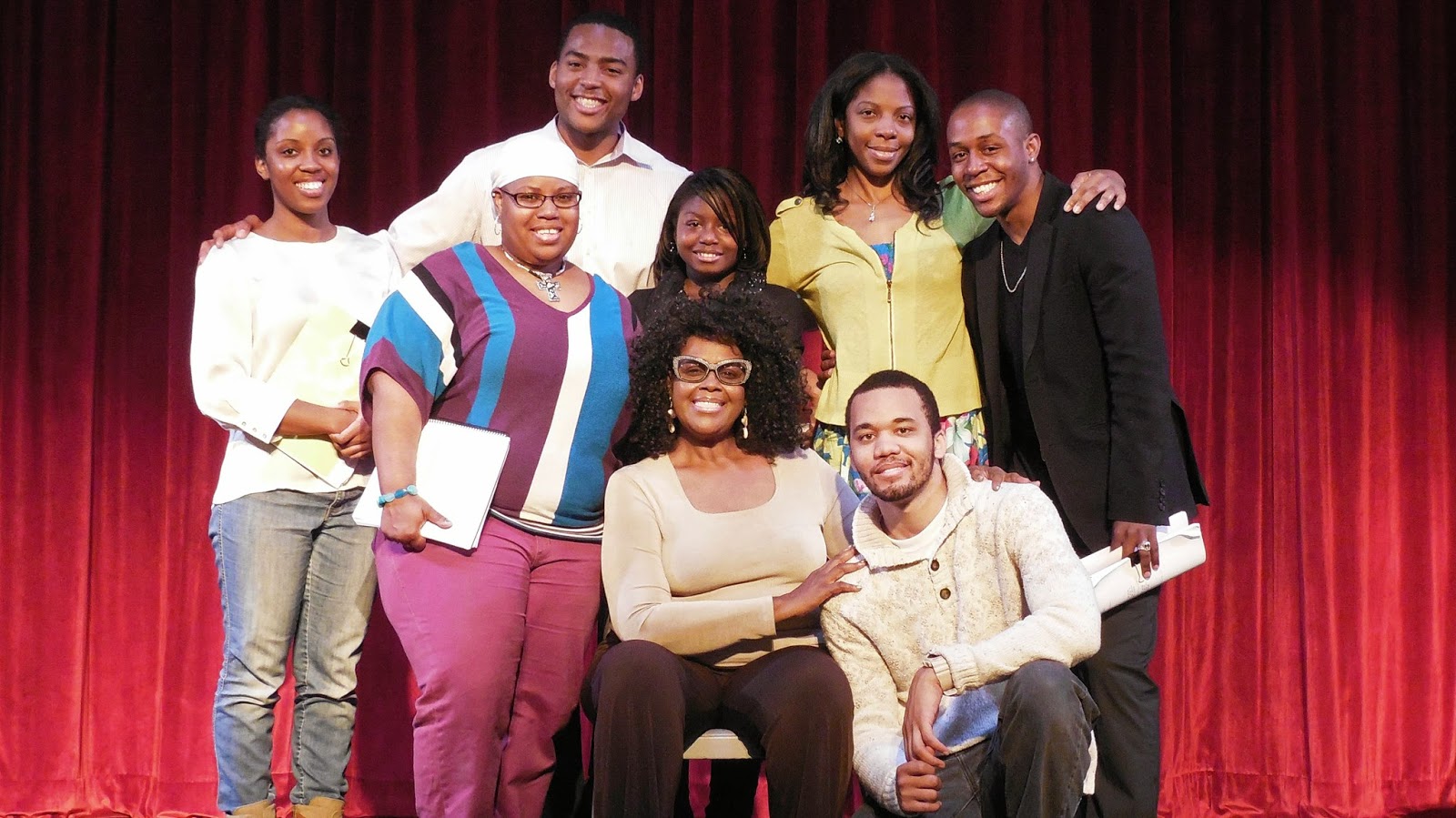 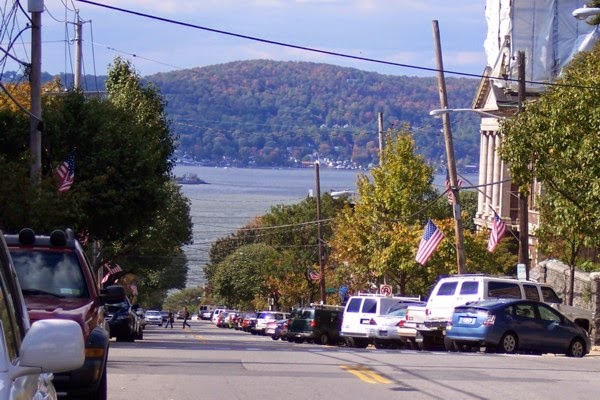 Anyone interested in accommodations in Irvington or the surrounding area , check out Tarrytown House Estate on the Hudson and many more.

From New York City it's a quick drive or train ride up to Irvington, a quaint river town clinging to the edge of the Hudson River. I stopped by the Red Hat On The River restaurant and had a bite to eat and a smart cocktail with family and friends before the show. 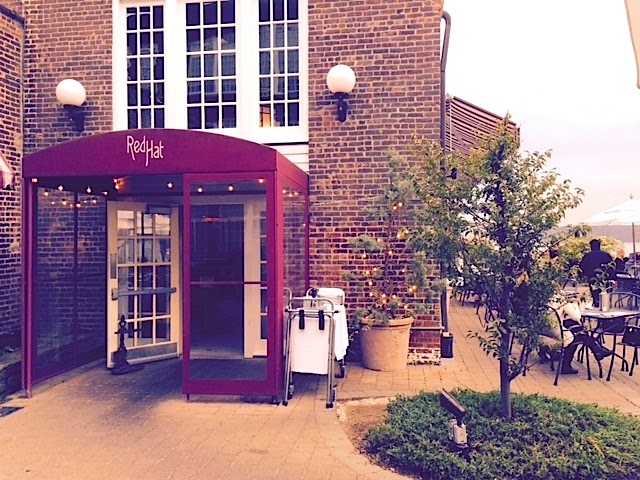 We had such a great time at the Red Hat that I would travel up to Irvington again just to go to this establishment. In 2007 the former Lord and Burnham factory on the Irvington waterfront was transformed into the beautiful restaurant it is, today.

There's great seating outside along the Hudson River and another outdoor lounge area on the roof top of the main building.

One of our appetizer taste treats was the Red Hat's crispy Peekytoe Crab Cake with piquillo pepper, wasabi and lime remoulade sauce, with napa cabbage slaw. A great crab cake with a surprise punch that is tapered by the coolness of the slaw.


And we also ordered their Moules Frites "Aux Les Halles" - Prince Edward Island mussels, steamed with garlic, white wine, shallots, served with Red Hat frites. The mussels were so plump and juicy. They need to bottle this broth, it is so rich and flavorful. 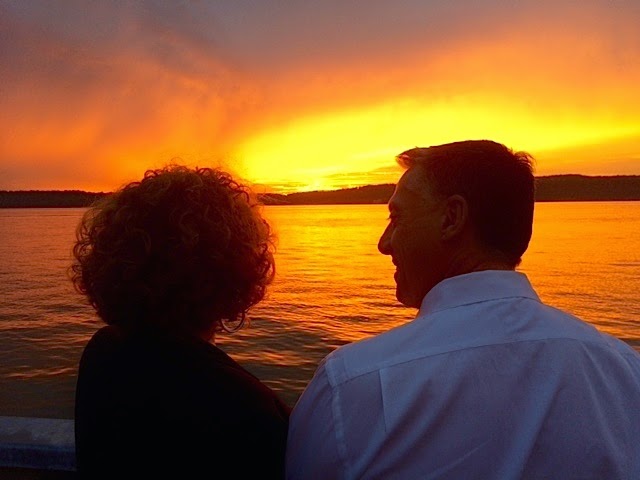 And unexpectedly, we got another beautiful and natural show before Birthday Pie. Sometimes a gloomy overcast sky can turn into an awesome and brilliant sunset. (Honestly, this is what the sunset looked like, these pics were not touched up.)

The Irvington Town Hall Theater is on the National Register of Historic Places. Catch more play readings during the season and also check out their Best of Film Series (going into its 6th year), and Cabaret on the Hudson  - featuring some of the area's best Cabaret artists.


The Irvington Town Hall clock tower lit up at night.