Day four on our 9 day cruise through the eastern Caribbean we sailed into Magens Bay, St. Thomas - US Virgin Islands. And as you can see, it's a gorgeous harbor.

If you end up loving St. Thomas as much as I do, you may want to come back and stay at the beautiful Point Pleasant Resort.

There are a million and one excursions you can enjoy from catamaran/snorkeling trips to kayaking or even ziplining! 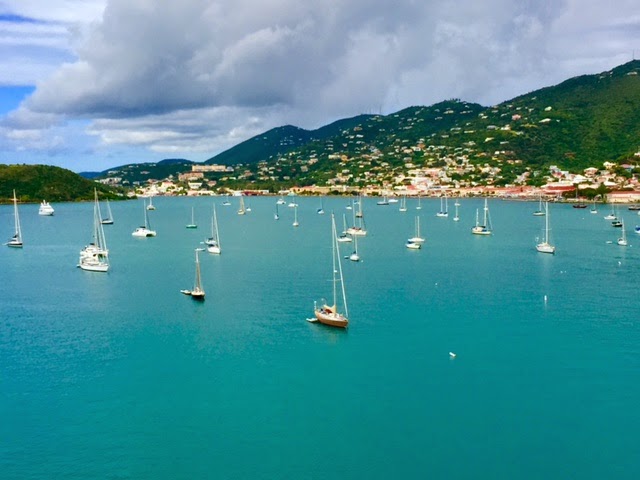 But right across the street from the cruise terminal is the Skyride to Paradise Point.

From up top there is a dazzling view of the town of Charlotte Amalie and Magens Bay. There are shops and an open air restaurant and of course . . . the scenic splendors. 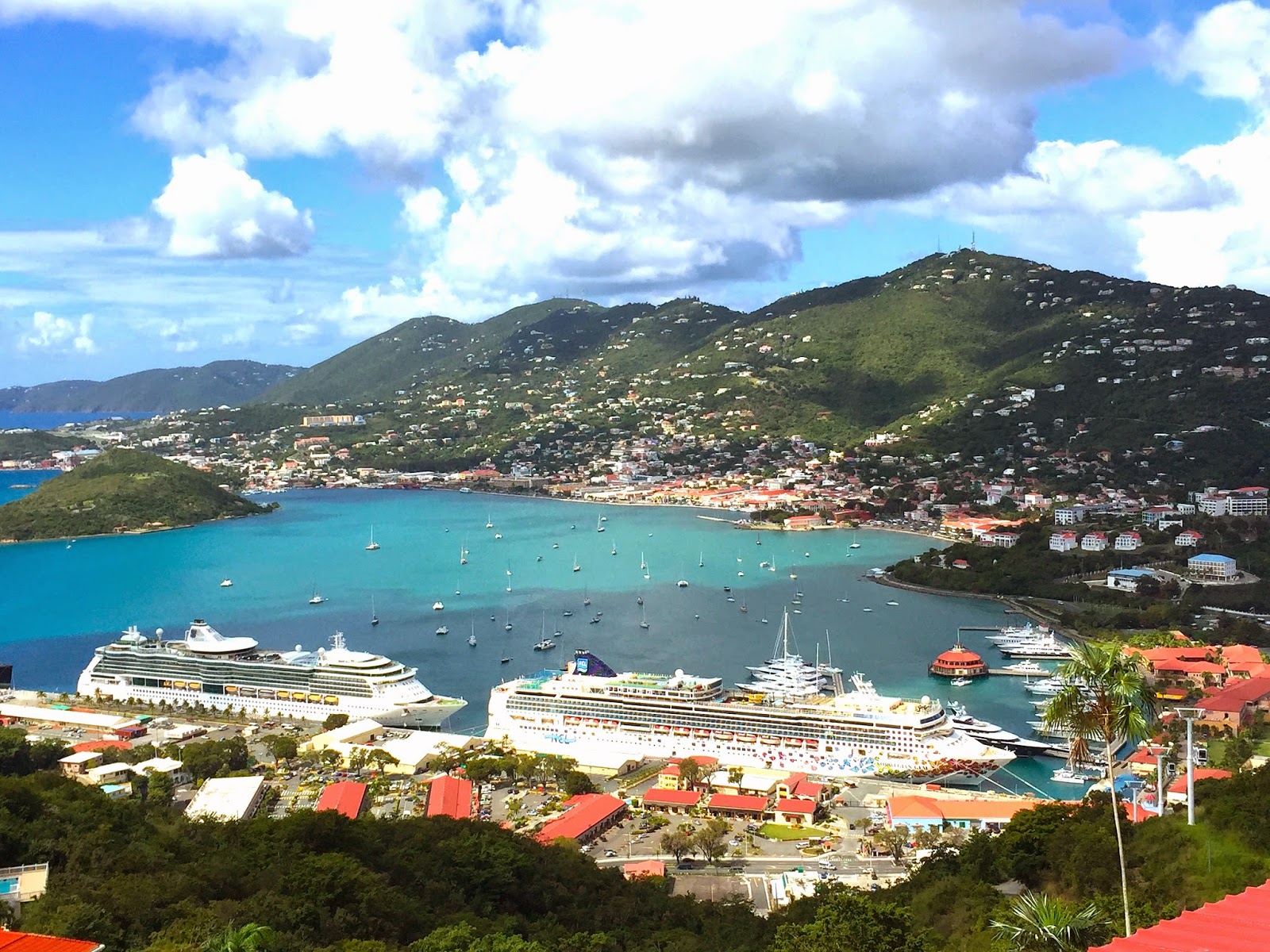 Also within walking distance of the boat is Black Beard's Castle. During the climb up to the top you can visit the Haagensen House. Originally built in 1822, this is an elegant example of how the rich lived circa 1872 and its rooms are full of antiques of the era.

There's another beautiful museum/home on the property, Britania House.

But up top is Blackbeard's monument . . . 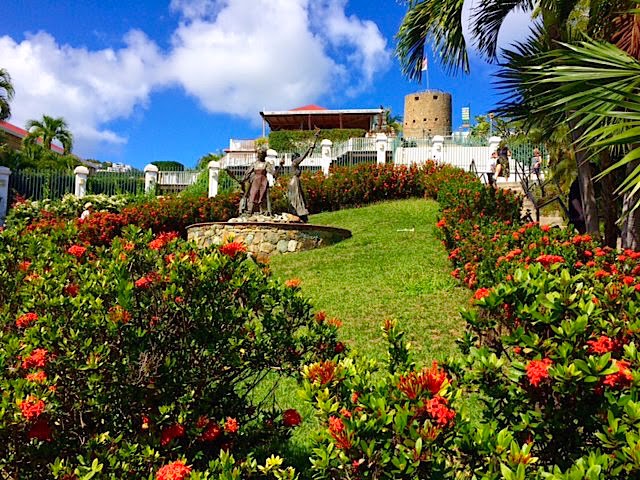 and the Rum Factory. The rum is only available for purchase at the Rum Factory and select locations on St. Thomas. Sadly, it's not shipped off the island so gobble up your bottles while visiting. It's well worth the trip up just for the rum (and I'm not even a rum drinker - it's that good . . . but I digress.) 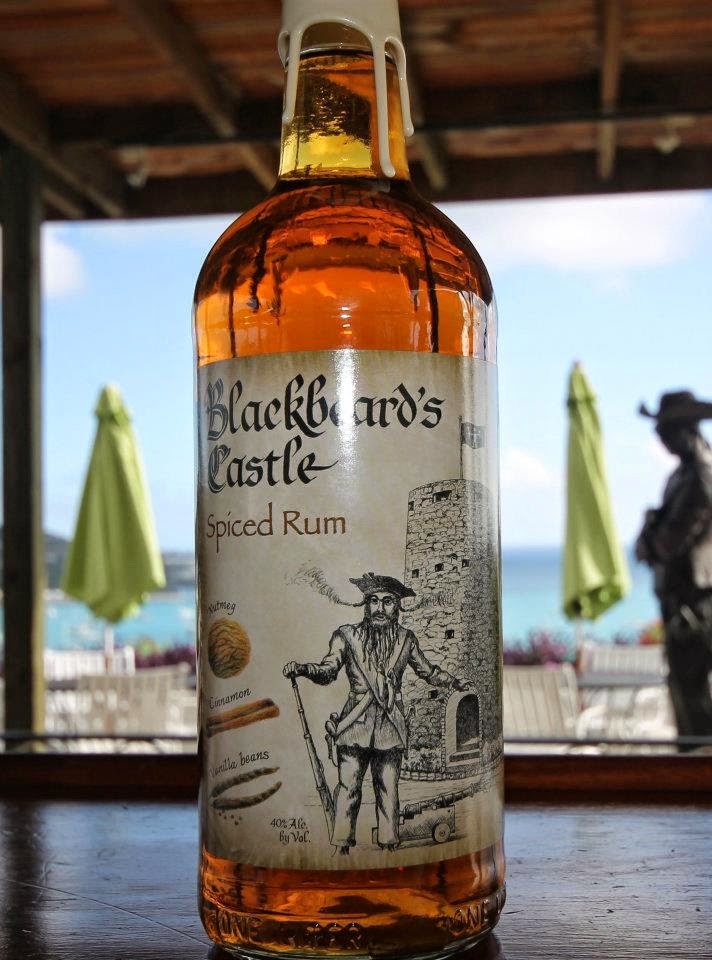 But check before you go, days and hours that Blackbeard's Castle are open are quite limited and change from season to season. As the sun was setting we sailed off to St. Maarten. 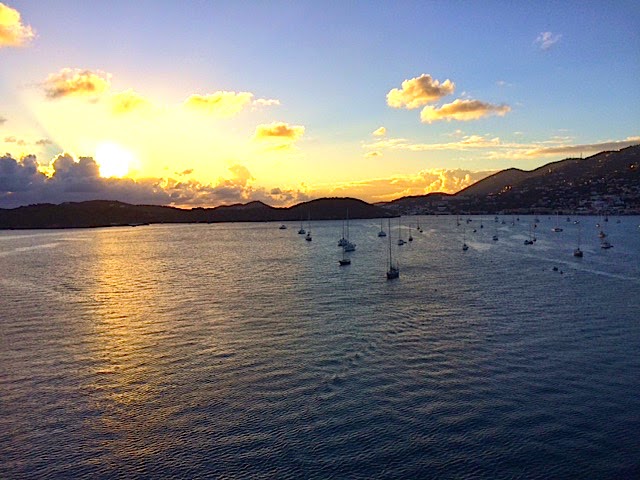 St. Maarten is the Dutch side of the island, St. Martin is the French, add a dash of Caribbean and it's a little piece of paradise. Again, excursions range from swimming with dolphins to butterfly farms! And downtown Philipsburg is a colorful grouping of shops and restaurants. 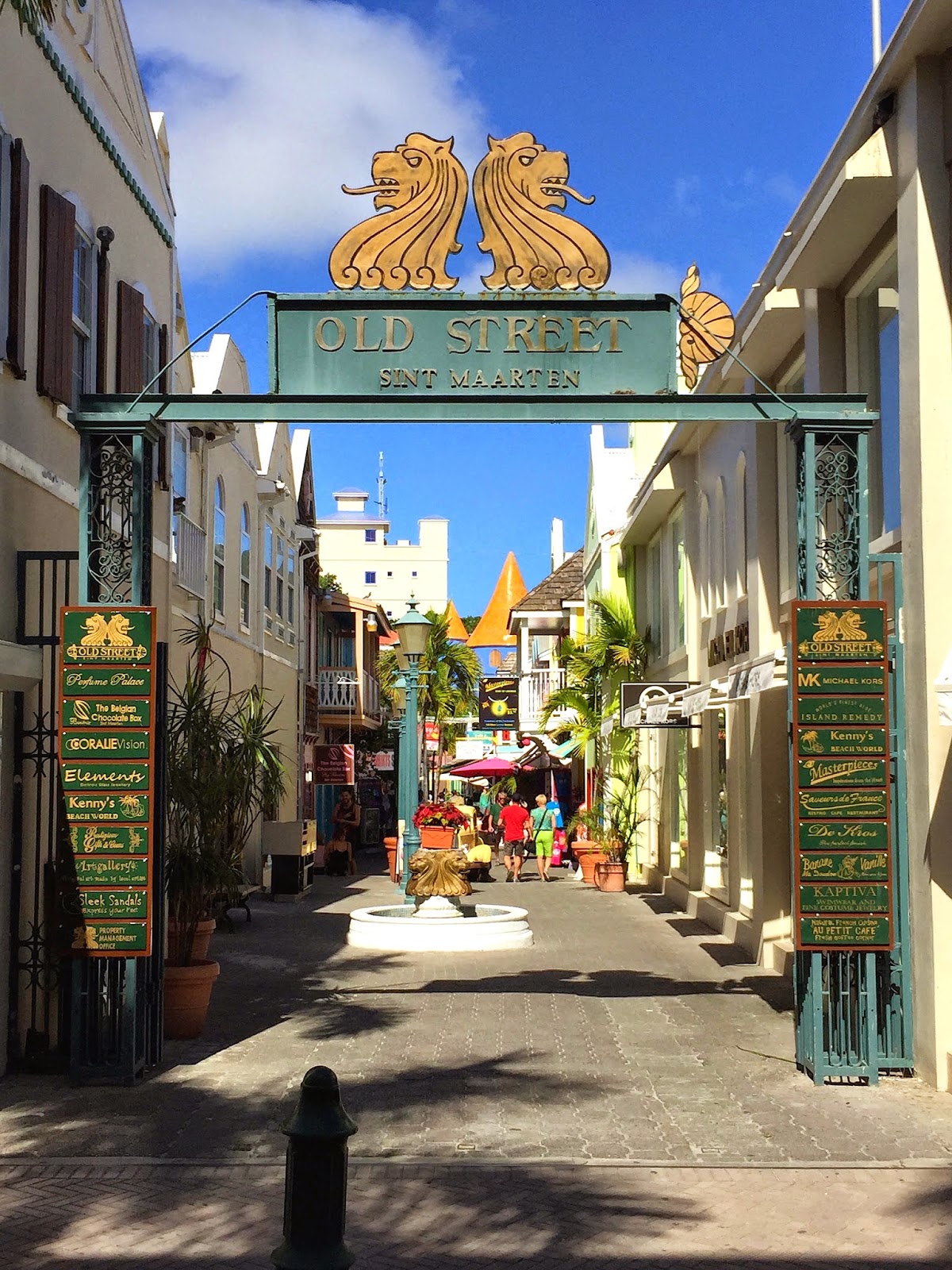 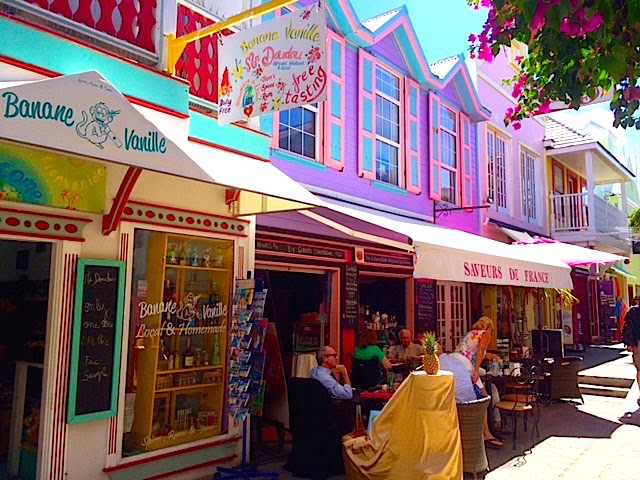 Hotel Note: If you want to come back to St. Martin, a great hotel to stay at and winner of The Traveler's Choice Award 2016 (plus they offer complimentary yoga!) - is the Le Petit Hotel.

And there's even a strange and unique attraction . . .  The Yoda Guy Movie Exhibit and Museum. Who woulda thunk, in St. Maarten? 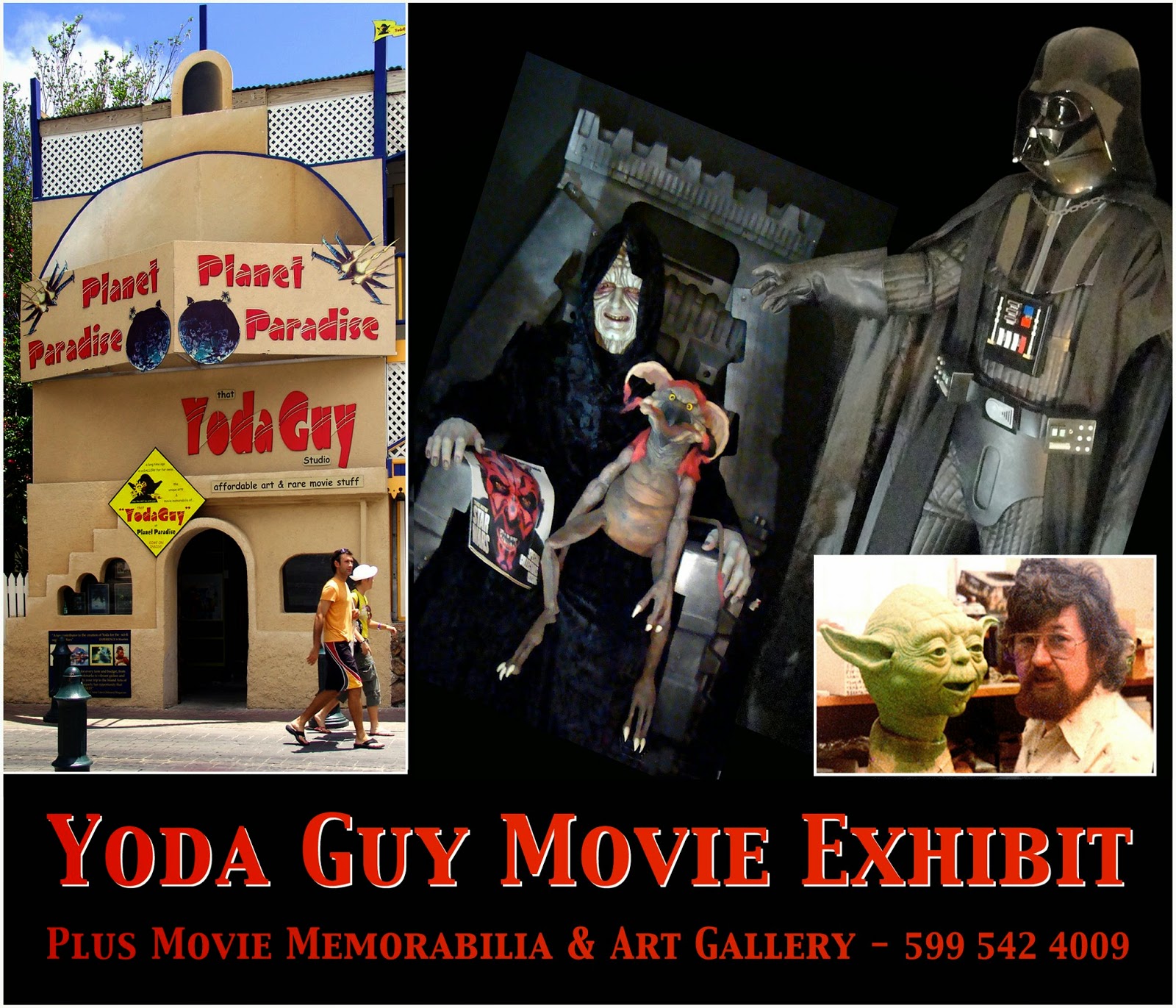 Nick Maley, known as "that Yoda Guy", is a Hollywood special effects artist. He's not only worked on Star Wars but also Superman, Highlander, Krull, and Lifeforce. The shop sells signed movie memorabilia, posters, antique Star Wars comics, behind the scene photos and storyboards. And Nick himself was there they day we visited. It was pretty cool to talk with him. 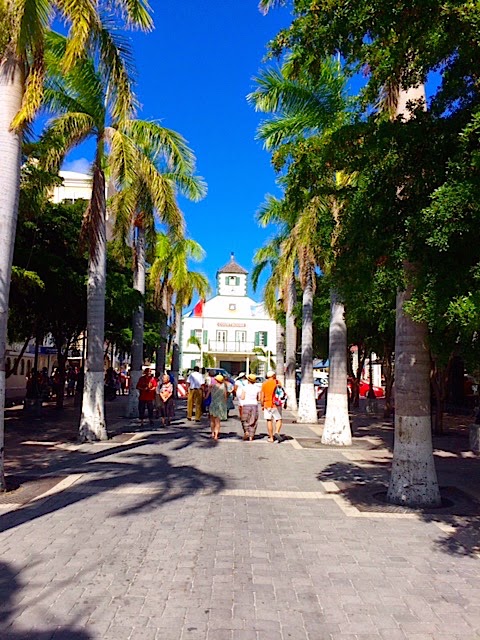 And don't forget that when cruising, you're usually greeted by a friendly critter each night as your cabin is "turned down" for the evening.

And if all of this wasn't exciting enough, a cruiser had to be airlifted off of the ship while we were out in the middle of the Atlantic ocean by the US Coast Guard, due to a rather severe illness. 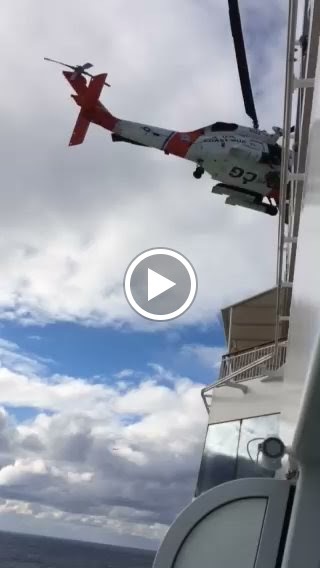 It probably wasn't the smartest thing for me to record the helicopter. It was just over my head and the pounding wind from the aircraft mixed with ocean swells of 15 feet had the ship rockin' and rollin' and I almost fell overboard! 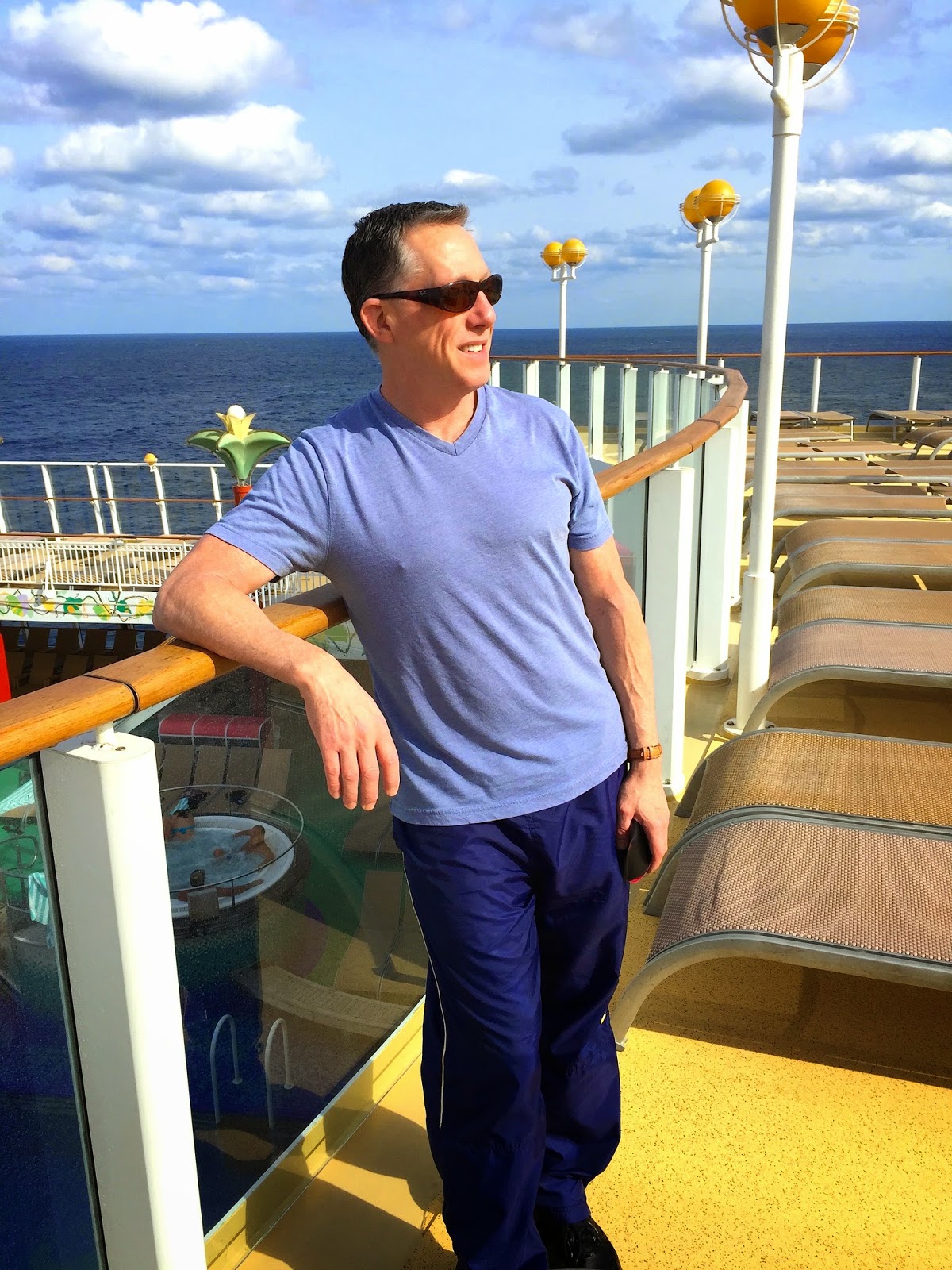 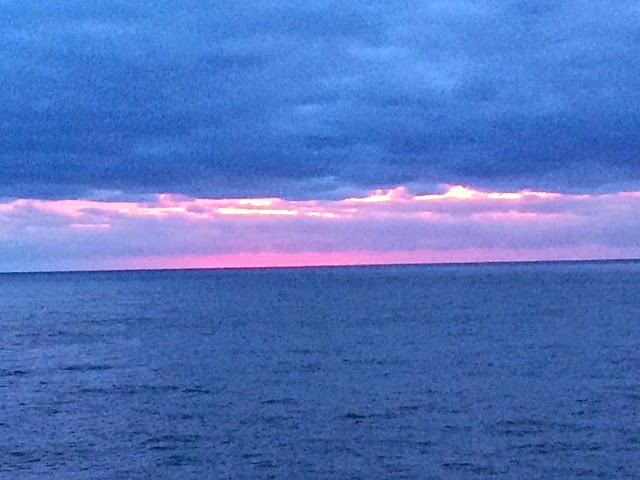