I had the great pleasure of being invited to Veronica and David James' book launch for their newly released Going Gypsy. 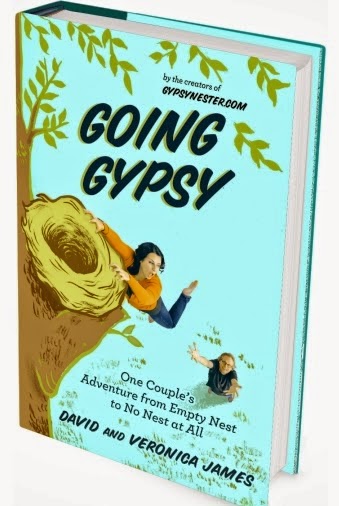 The byline almost says it all. . . One Couple's Adventure from Empty Nest to No Nest At All. But what you'll discover in this charming and adventurous book about Veronica and David's travels throughout the world is a breezy conversational style of writing coupled with a huge dose of self-deprecating sense of humor. Two of my favorite mixes.


Reading their book feels like they are sitting down with you and telling their hilarious adventures over a couple of smart cocktails.

Held at the Library Hotel's rooftop garden - it was a little rainy - but attached to it is their covered sunroom which was a delightful venue for their party. And a party it was. No stuffy formal book launch here. Wine and h'orderves paired with a gathering of really cool people . . . choreographers, publishers, writers, singers, dancers and Arabian horse breeders!

And it was a total joy to meet writer/director/producer Anne Flournoy of the hysterical The Louise Log comedy web series.


And how many book signings do you attend where you can win a trip to Costa Rica plus you leave with a gift bag of goodies? 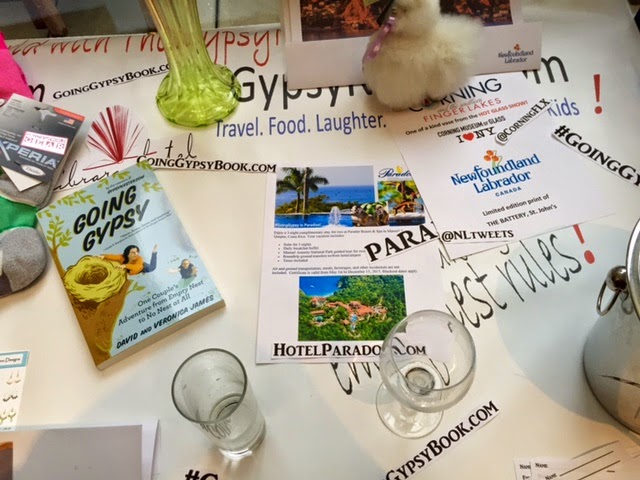 After the book event I walked a few doors up Madison Ave and slipped into the Mediterranean restaurant Pera  - located at 303 Madison - 212-878-6301 - dinner menu - for a quick bite to eat.

Dizzy Note: For those of us with vestibular disorders Pera is a very comfortable restaurant. It's open and has a very neutral colored pallette and even when it got busy, the sound level was never a problem. 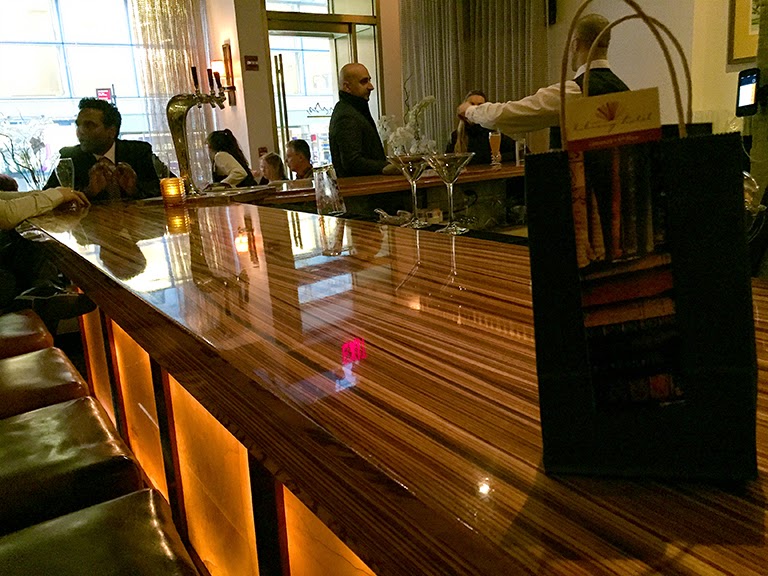 I grabbed a seat at the bar and ordered their tasting plate of various mezes (appetizers) which included homemade stuffed grape leaves, zaalouk - roasted eggplant, hummus, giant white beans and so much more. Served with toasted pita triangles there was not a morsel left on the platter.


I can't wait to go back to Pera for a traditional dinner. 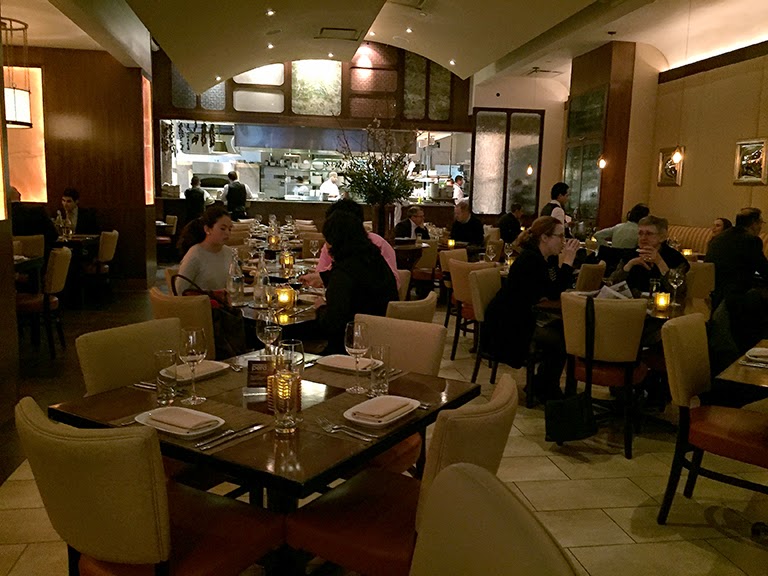 It was when I joined in on a weekly chat Wednesdays @ 8pm Eastern time on Twitter with the group #FoodTravelChat where I met Veronica and David. Surprisingly, it was there that I had won a signed copy of their book. As much as some people curse the internet, it's also a great opportunity to meet talented and very embracing people like the James.