An Evening of Tremendous Czech Hospitality and Generosity


Hotel Note: If you don't live in the NYC area here is a link to the exceptional Sherry-Netherland Hotel and other great stays on the Upper East Side. Held at the beautiful Bohemian Hall at 321 East 73rd Street, which is also the Consulate General for the Czech Republic, it was a classy event!

Upon checking in we were greeted and ushered into a gorgeous entryway and then headed into their screening room where we enjoyed a clever and humorous stop motion film with live actors about the frustrations of dining out. Check out their mini cinema!


Up the spiral staircase one flight . . . 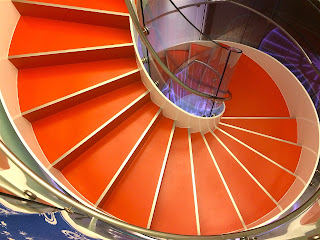 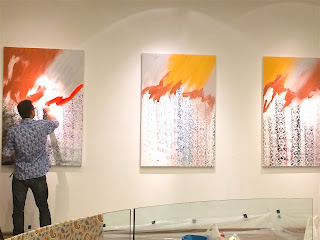 . . . is painting in "real time" while a pianist is playing on a baby grand. (Depending on the device you are viewing this blog on, you may or may not be able to view this short vid of Jan painting and the music.)


Up one more flight and there is currently an exhibit of the very popular Jaro.

A Prague-born geometric abstractionist, the popular and very successful artist immigrated to the US in 1957 and was one of the first artists to work on non square, unique shaped, canvases. On the same floor is a quaint room honoring the famed Czech composer Antonin Dvorak (1841-1904.) Many would recognize his "New World Symphony", which he wrote here in the US after immigrating. 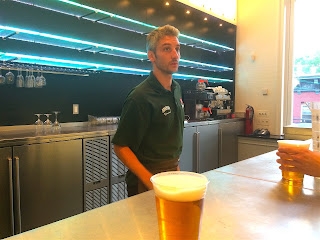 Up to the fourth floor and we're now in the beer hall. Pilsner, which was first produced in Pilsen,  (Bohemia) is a pale lager. This golden cup of lightness really hit the spot (a couple of times.) And through large paneled doors we enter the wine tasting room. 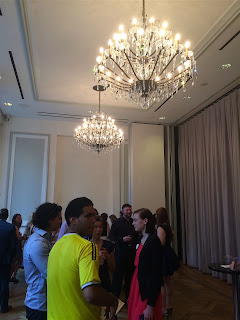 Exceptionally delightful was their Czech Riesling. It was not too fruity with hints of peach and melon. The Czech wines were courtesy of Noah Lederman of Vino z Czech. And then we were greeted by Lauren Nicholl of Travel Massive and the man of the evening, Jiri Duzar, the director at Czech Tourism.


After introductions and short speeches we were treated to an extensive buffet catered by Bohemian Spirit Restaurant, which is actually located on the ground floor of the Bohemian Hall. I had never had traditional Czech food before but it was so delectable I can't wait to go back to the restaurant. In particular, the beef stew with mashed potatoes were yumpcious! Then Jiri awarded prizes to certain attendees including a free trip to Prague!!! And of course there was plenty of . . . 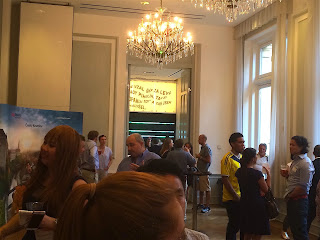