First destination is The Metropolitan Museum of Art. Located at 5th Avenue between 85th and 79th Streets it's a glorious but gigantic building. Like most museums of this size, it's best to pick an exhibit or a small section of the museum to explore, otherwise it's all too overwhelming. 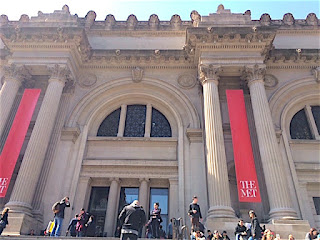 If you don't live in the NYC area and need a good hotel recommendation on the Upper East Side,  the Sherry-Netherland Hotel is a glorious option. Included in this link are plenty of other hotels to choose from in this neighborhood. 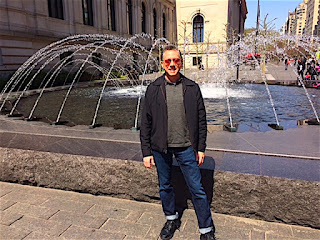 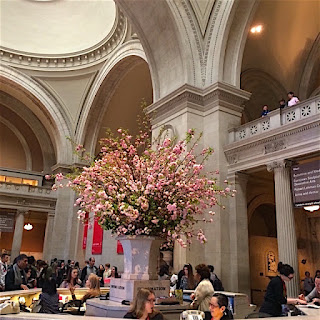 I was here to visit the Vigée Le Brun: Woman Artist in Revolutionary France exhibit.

Louise Elizabeth Vigée was a prominent French painter who arrived on the scene at the mere age of 19-years-old! She became the court painter preferred by Marie Antoinette. 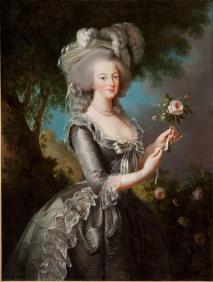 It's amazing the amount of portraits she produced. And her ability to paint clothing and hair was exceptional. It's also said that she had the ability to recreate exact likeness of her subjects. This is one of my favorites of her paintings...a wealthy business man close to the King. 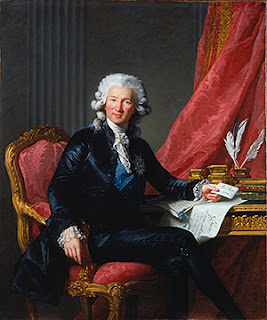 But with the rumblings of the French Revolution surfacing, fearing her close relationship with the Queen, Le Brun was smart and fled to Italy. There she was embraced wholeheartedly in Florence, Rome, and Venice. She then traveled to Vienna, Switzerland, and then to Russia where she continued to paint royalty. If you live in New York City or are going to be visiting, I highly recommend this exhibit - it will continue through May 15, 20016. Before heading off to an early dinner, I had to stroll through some of my favorite areas of the Met.

First stop on this continuation of the Dizzy Traveler Appetizer Crawl is Isabella's. Located at 77th Street and Columbus Avenue, this restaurant has been serving Upper West Sider's for decades.

Taking a seat at the bar, my appetizer crawling companion and I ordered the fried calamari and jalapenos served with a spicy red sauce and a creamy dill...

...and the charred artichoke heart salad with arugula and thinly shaved onions with a light vinaigrette.

Both were delicious. I'm going to try to copycat the artichoke dish at home it was so yump-shish.

Walking back up town, we stopped in at Osteria Cotta located on Columbus Avenue between 84th and 85th Streets. 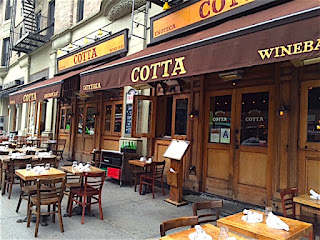 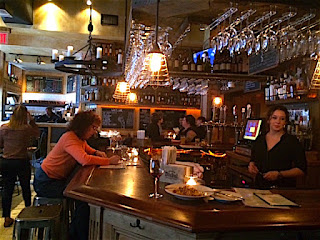 I've been wanting to try this rustic Italian restaurant for months but it so popular, getting in was virtually impossible. But we dropped by on the early side and it was great. 5pm to 7pm is their happy hour and drinks are discounted as well as a list of their thin crust pizzas, which were only $7 each! One was definitely plenty for two. 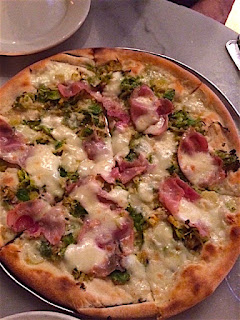 We chose the prosciutto and BRUSSELS SPROUT pizza with mozzarella and Parmesan cheese. Yes, Brussels sprout = to live for! I'm going to try this one at home too. I inhaled it.