The Merchant's House Museum - One Of A Kind! - NYC

Walking East on Fourth Street in New York City is a tricky navigation. Every other lot there is either a building coming down or going up. And then there's road work. Car and truck congestion. Foot traffic. Everything is in a state of change and movement. Everything except for the Merchant's House. And thank goodness for that. 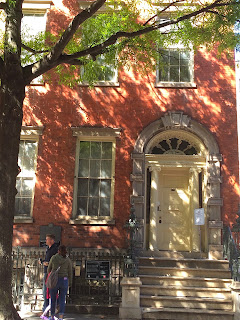 This amazing house is suspended in time. 1832 - 1865 to be exact. All the decor, furnishings and even clothing of the Tredwell family has survived and lives in this ancient beauty. It's a designated landmark on the federal, state, and city level. (Speaking of housing, if you need accommodations on the East Side, The Giraffe is exceptional.)


Seabury Treadwell was a very wealthy merchant and he and his wife, Eliza, had 8 children. The youngest, Gertrude, lived in the house till her death in 1933.

You have the opportunity to see how a wealthy family lived, day to day, in New York City as it was transforming from a mercantile seaport into a booming metropolis.

As decorating trends changed, instead of throwing out the beautiful divan, it was relegated to the family room, located in the front of the house, where the family often had their casual dinners.

What you see are all the original furnishings, including the rug! 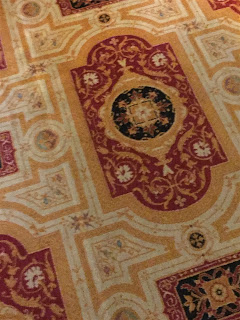 In the back of the ground floor was the kitchen, which first used the brick, beehive oven for all cooking and then in the 1850s a coal stove was installed. 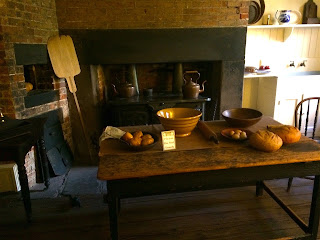 In the corner of the kitchen was a bucket of coal, which the Irish servant girls had to lug all over the house. I picked it up and it had to have been 25 - 30 pounds.

"Up a steep and very narrow stairway" with buckets of coal and down with buckets of ash, that was hard work for the young women who received 3 to 4 dollars a month as pay. 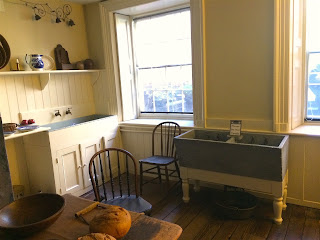 Rain water was captured in cisterns and used for washing of dishes and laundry but drinking water, if you were rich like the Tredwells, was purchased and delivered to their house. Less wealthy people would have to go out into the street to the nearest public water pump. 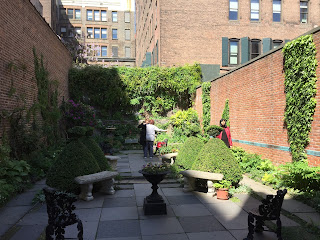 Outside and beyond the kitchen was the garden. The outer ring of blue slate tiles are original but probably the center was grass and used for drying and bleaching linens in the sun. Behind the back wall were horse stables, which most likely created an unpleasant smell and to the right, a gigantic German ballroom was constructed, which played music day and night, to the Tredwell's dismay. 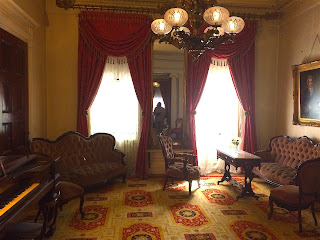 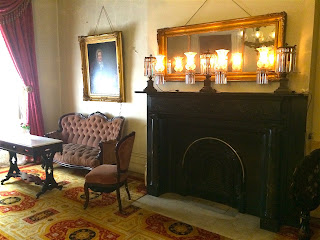 The first floor front room was the formal parlor. There's a rare rosewood square piano and a pair of matching gas chandeliers, one here in the front parlor and in the room behind it in the back parlor also used as a dining room. 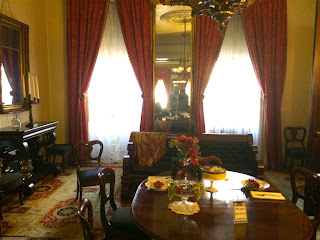 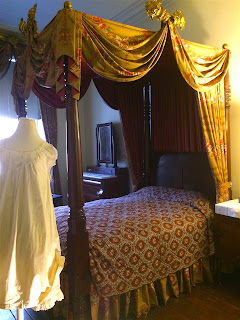 Next floor up was Eliza's bedroom in the back of the house. Currently there's an exhibition of women's undergarments that would have been worn during the day. 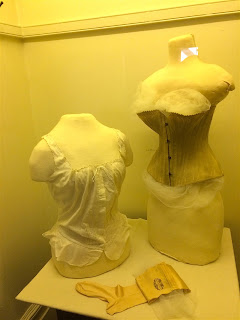 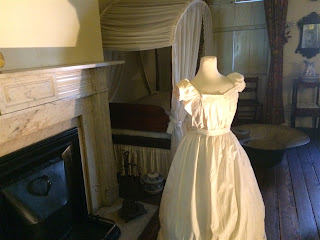 This bedroom is also where Eliza would birth her children, and take care of them when they were sick. And in the front of the house was Seabury's bedroom. 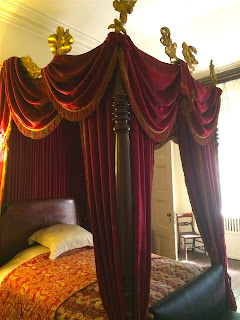 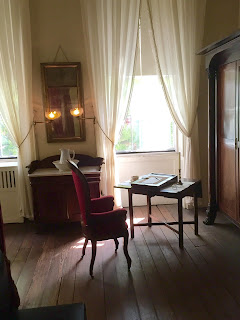 The next floor up were the children's bedrooms, which are closed now and used as offices. On the top floor were the servant's quarters, two to a room.


And like in Downton Abby, the maids had servant call bells. 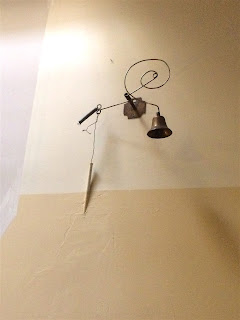 But what about the bathroom, you ask? Often family members did what we would call a sponge bath, very seldom sitting in a tub of water to bathe. They honestly thought that was bad for you. And as for the commode...a chair and a chamber pot! 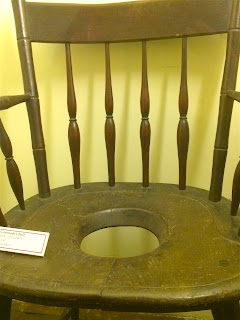 But the Merchant's House is facing a real dilemma. Next door, a luxury hotel is due to go up and the house is fearful of any movement. Even shifting a 1/4 of an inch, which experts say is certain to happen, will cause irreparable damage to the original plaster walls and and cornices not to mention the overall structure of the very fragile building. 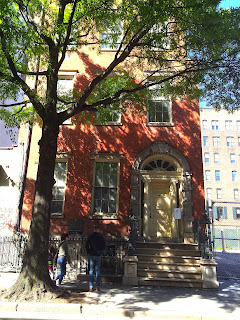 Standing proud and strong, all by herself, the Merchant's House Museum.